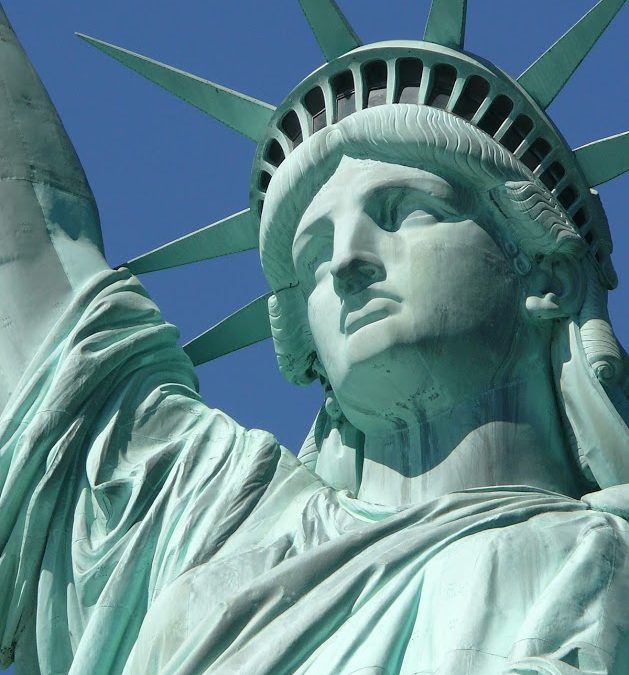 In the not too distant past, like just 3 or 4 months ago traveling was part of our lives.  That is until the pandemic forced many of us to stay at home, and many of us are still under shelter in place orders.  And even if we’re not how many of us are willing to venture out and take our usual summer vacations?

I know I’m not and neither are most of my friends and family.  But with the aid of technology we can still get together for birthdays, graduations, and visits albeit virtually on our computer, tablet, or phone screens.

Technology allows us to virtually be with friends and family and it also allows us to “explore” the world from the safety and comfort of our homes.  Of course it’s not the same as climbing to the crown of the Statue of Liberty or taking the elevator up the Eiffel Tower, but Youtube, Google, and other platforms can be the next best thing to being there.

Virtual tours provide a great opportunity to see the world during these uncertain times, and they can be a starting point for teaching kids about history, cultures, arts, and sciences. It’s like going on a field trip!

So here’s a list of some of the world’s iconic landmarks and attractions that  you and your kids can “visit”.  Enjoy your tours!

The Statue of Liberty

This virtual tour by the National Park Service takes you around the island and to the crown.  It’s a great tour.

The Great Wall of China

The wall is a spectacular site!

Of the 7 Wonder of the Ancient World the Great Pyramid is the only one left standing.  It’s just one of the pyramids of Egypt that offers a virtual tour.  Explore one or all by clicking here!

Another Egyptian icon is the Great Sphinx. Find out more about this mysterious monument on this virtual tour!

A must see site around Naples, Italy is the vast ruins of Ancient Pompeii.  This virtual tour takes you thru some of the discoveries archaeologists have made at the excavation.   Click here for the virtual tour!

Home to the Temple of Apollo and the legendary  Oracle of Delphi this ancient site on Mt. Parnassus was a very important place in antiquity.  Click here for the virtual tour!

This ancient city located in Turkey’s Ionian coast near the modern day city of Selcuk was the main commercial center in the Mediterranean during the Roman Empire.  Due to flooding the city was moved several times in ancient history thus the excavations wish began in 1895 covers a huge area.  These excavations reflect centuries of history from classical Greece to the Roman Empire and on to the spread of Christianity.  Many of the structures unearthed in the area by Selcuk are in excellent condition.  The structures in the Ephesus  Archaeological Museum including the Terrace Houses have frescoes so vivid it looks like they were painted recently!

The word Acropolis literally translates to “the edge of the city”.  This “city” which sits atop a low hill dominates the Athenian skyline.  Its most iconic building acts like a sentinel guarding the city sprawled at its feet.  The hill has been a place of residence since 4000 B.C. but became a sacred site in 800 B.C. when it became a place of worship for the goddess Athena who was the protector of the city of Athens.

The Acropolis is actually a complex with several sacred buildings, temples and altars dedicated to the goddess.

The island of Delos was one of the most important places in Ancient Greece.  It has temples honoring the birth place of the twin god and goddess Apollo and Artemis.  It was a pilgrimage site before the birth of Christ.  It was an import sacred and commercial city during classical Greece and a major trading city during Roman rule.

This vast domed monument’s name means “Holy Wisdom”.  It was built in then Constantinople, modern day Istanbul, in the 6th. Century A.D.   by the Byzantine Emperor Justinian I.  It was originally built as a cathedral and was an important part of Byzantium religious and political life.  It was later transformed into a Mosque in 1453 during the reign of the Ottoman Empire.  Then in 1935 it was turned into the Museum it is today by the founder of modern Turkey, Kemal Ataturk who strove to build a secular country on the ruins of the Ottoman Empire.

Recently added to the New Wonders of the World list Petra is an ancient Nabatean City built along the walls of a a desert gorge in the Hashemite Kingdom of Jordan.  It is a spectacular site starting from the entrance which passes thru the Siq, a narrow path threading its way thru rock formations, wall carvings, and even water channels that brought water into the city during ancient times.  The Siq ends in front of Petra’s most popular building the Al Khazneh or the Treasury, the building featured in the Indiana Jones movie the Last Crusade.  Nothing beats actually walking thru the Siq and scrambling around this vast ancient city, but this virtual tour is pretty cool!  Click here for the virtual tour!

Built during the reign of Rome’s Flavian emperors the Colosseum is a huge structure that provided entertainment for the citizens of ancient Rome.  It was the venue for Gladitor games, mock sea battles, animal hunts, executions, and dramas.  It is situated in the heart of modern day Rome along side triumphal arches, the Roman Forum, Trajan’s Market, and the Temple of Vesta.  Click here for the virtual tour!

The Palace of Versailles was the principal royal residence of France for over a hundred years from the reign of Louis XVI until the French Revolution.  It is a luxurious complex with smaller villas, gardens, and fountains built around the main palace.  It’s a wonderful place to visit whether in person or in VR.  Click here for the virtual tour!

Designed and built in 1887 by Gustav Eiffel for the Paris Exposition of 1889 the tower has become a symbol of Paris.  This iconic tower is situated on the Champ de Mar.  Climbing to one of the observation platforms is an experience and dining at one of the restaurants is amazing.  But you can still explore this beautiful tower from the comfort of home by clicking here for the virtual tour!

If you enjoyed your virtual tours of these iconic sites you might want to check out some museums.  Virtually of course!  Click here for a list of some popular museums you may want to explore.