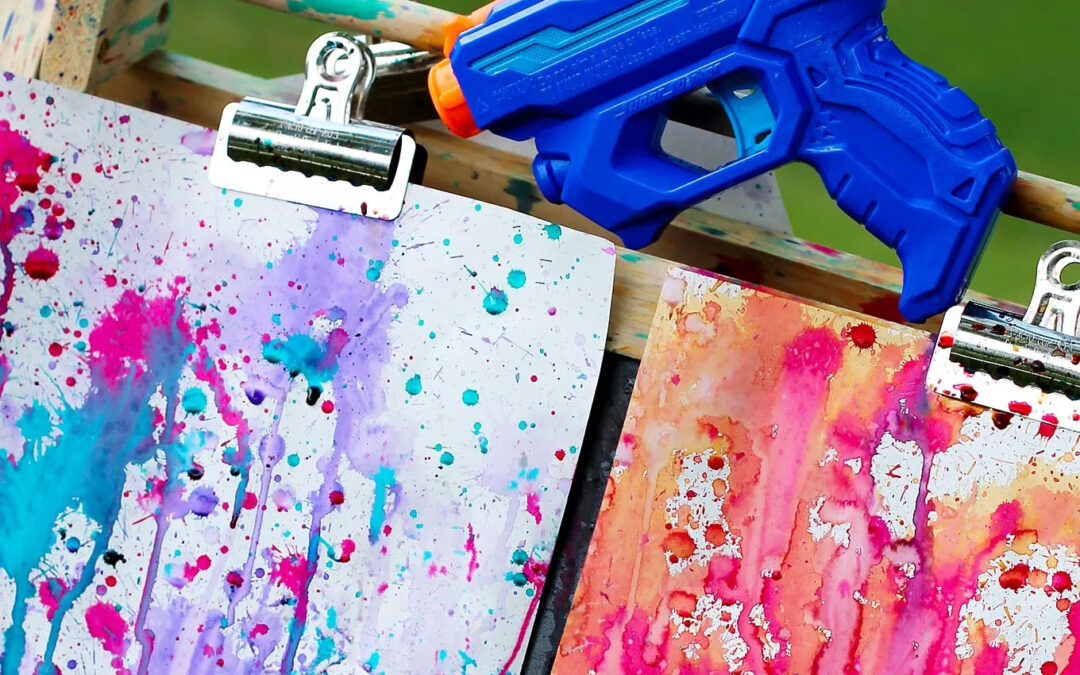 Yesterday I received my first official “Mom…I’m bored!” from summer. Honestly, I’m surprised it lasted for two weeks! Of course from my oldest son who is almost always bored when no one is playing with him.

I gave him my old digital camera and sent him outside to photograph this elusive albino squirrel, who has been known to eat cornmeal on our bird feeder every morning. My other kid can happily chat for hours. In fact, in his 4 years of life, he has never cried because of boredom.

Isn’t it funny how two kids who look almost identical turn out to be completely different?

Boredom is an opportunity for adventure

Well, my aspiring photographer obviously needs to improve his stealth and shutter speed. Five minutes later he came back and conceded: “The white squirrel was hiding in a tree. I didn’t get a picture of it.”

Then he told me he was bored. I told him that boredom was an “opportunity to take risks” and that he would surely come up with something, and if not, he was welcome to fold his clothes. He asked for my iPhone.

The morning continued, but eventually he found felt-tip pens and a coloring book, and settled down quietly in the family room. Later that afternoon, while the boys were having lunch, I slipped out the side door and organized a creative arts event on the lawn.

Squirt gun painting is a thrilling summer art experience for kids and is the ultimate boredom buster! For our paintings, we used Nerf Super Soaker Alphafire Blasters.

I like to avoid the super cheap multi-pack squirt guns typically found in dollar stores because they seem to end up breaking within hours. The Alphafires are still inexpensive, but have the quality one can expect from Nerf products.

If squirt guns aren’t your thing, use plastic spray bottles! They work just as well.

1. Arrange the easel in the yard, then clip two sheets of watercolor paper to each side.

2. Invite your kids to fill their squirt guns with liquid watercolors, then let them go to town painting!

Tip: No Easel? That’s okay! Kids can use a thumbtack to secure their paper to a tree.

3. Allow the paintings to dry in the grass. We found it helpful to weigh each one down with a rock so they wouldn’t blow away.

Each painting was bright, unique, and as beautiful as the child who made it. My son (the one who had complained of boredom that morning) spent the entire afternoon creating independently with this super easy art activity.

With a little cleanup and minimal direction from me, I call it a win!

We’ve now placed the squirt guns in a box where the kids can access them easily so the next time he comes to me saying “I’m bored,” I’ll point him towards the squirt guns!