Things to Do on Corfu 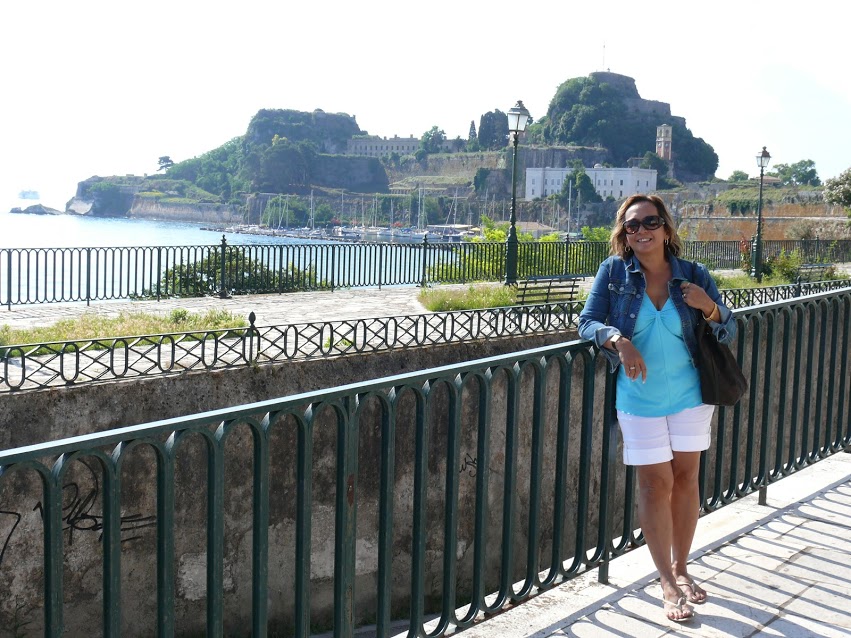 Corfu, the second largest of Greece’s Ionian Islands lies at at the entrance to the Adriatic Sea. The island enjoys a typical Mediterranean climate with hot dry summers and heavy rain fall during the short winters.  It is blessed with warm weather from March to October.

According to archaeological findings the island has been inhabited since the Paleolithic Age (70,000 to 40,000 B.C.) From about 300 B.C. Corfu was successively attacked and conquered by Spartans, Illyrians, and Romans.

Corfu briefly fell under British rule when it became a British protectorate in the Treaty of Paris in November 1815.  In 1864 the island was reunited with Greece when the Treaty of London was ratified.

Today the island of Corfu is a popular tourist destination and is one of the stops for cruise ships plying the Greek Isles route.  The capital city of Corfu is a UNESCO World Heritage Site filled with elegant buildings, mansions, palaces, and monuments.

There are many things to do on the island of Corfu, that is if you’re looking for something a bit more active than a relaxing vacation at one of the island’s sun kissed beaches.

Here are a few things you can enjoy on Corfu! 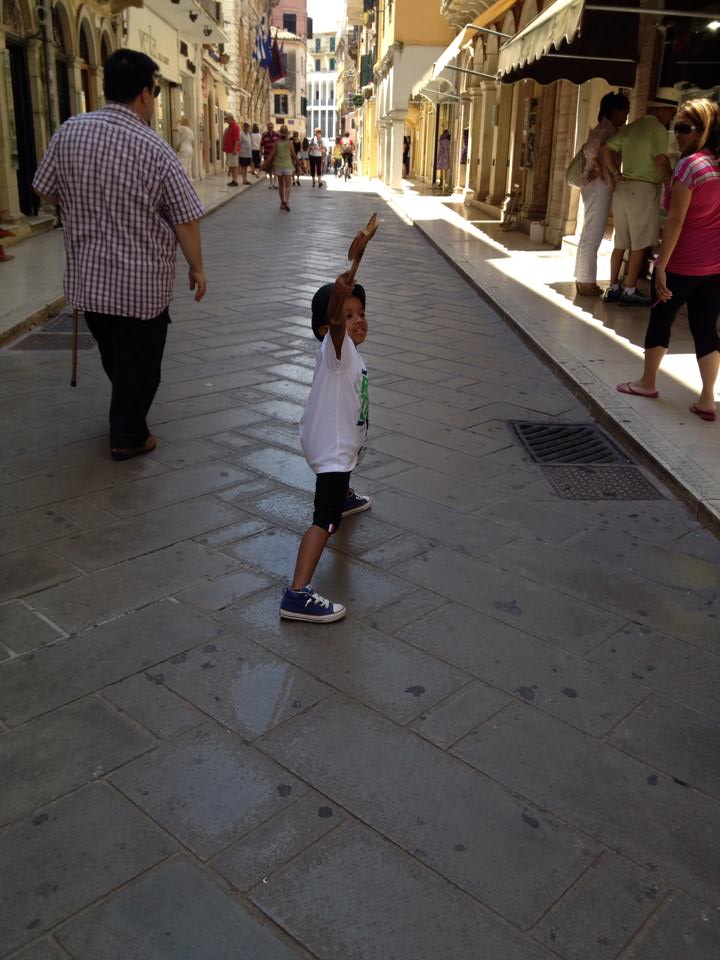 Explore the narrow paved streets in the capital city of Corfu. 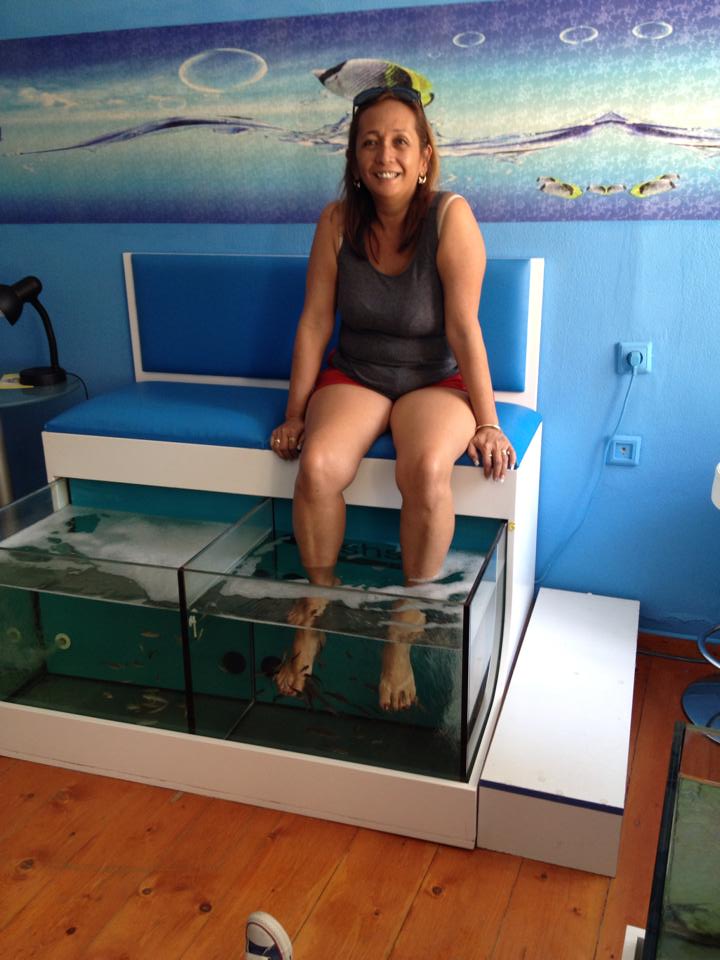 Stop by a fish spa for an interesting experience.

Special fish suck off dry skin as you soak your feet in their tub.  I know it sort of sounds gross, but you’ll walk away with smooth feet that’s for sure. 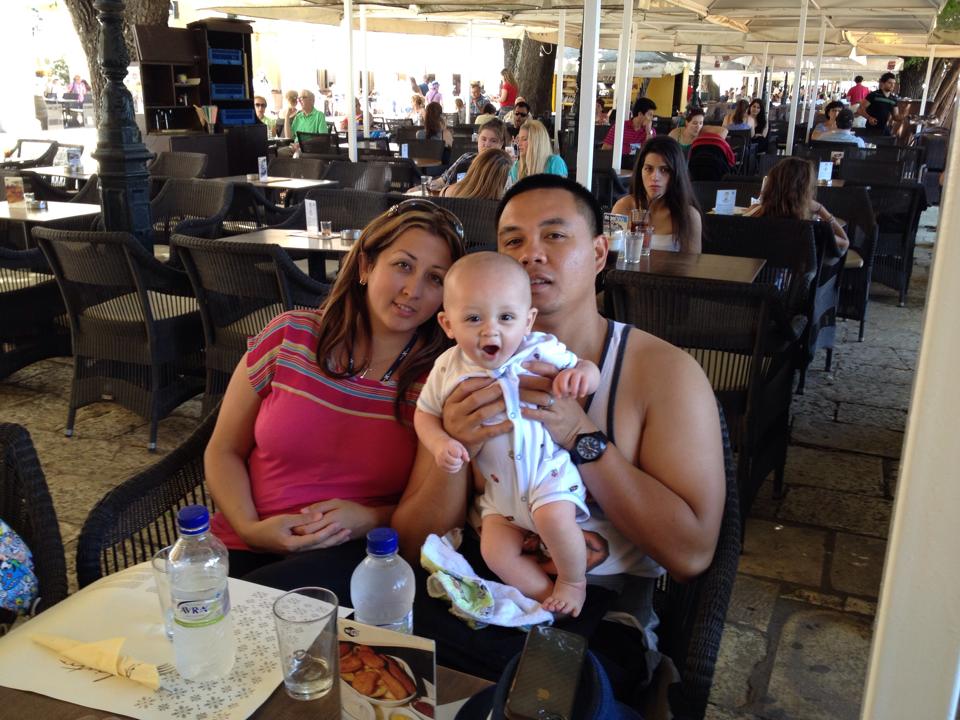 Stroll the tree lined streets of the Spianada.

The Spianada was constructed by the French to resembe the gardens of Versailles it is the largest square in the Balkans  and one of the largest in Europe.

You can grab a table at one of the outdoor restaurants along the Spianada for a traditional Greek meal or a slice of Kumquat Cake, a Corfu specialty.

The Spianada is also a great place to people watch while you savor a glass of wine or a cup of coffee.

Take a drive out to Paleokastrista.

Stop at the view point for a magnificent view of this side of the island.  Olive, lemon, and cypress groves line the coves nestled in the rugged coastline of this seaside village. [spacer height=”-20px”]

Then head down to the small port and take a short trip around the coast where you’ll see some caves and interesting rock formations.

Visit the Monastery of the Virgin Mary

Located above the small seaside village of Paleokastrista is this ancient cloister.  This majestic monastery is home to 8 Orthodox Greek monks who offer tours of the grounds and museum housed within.

They also grow amazing flowers and grape vines, and provide a home to dozens of cats whom you’ll find lazing around the grounds oblivious to the tourists snapping photos.

Head over to Kanoni for striking views of Mouse Island and Vladherna Monastery.

This monastery is probably the most well know corfiot landmark and one of the most photographed landscapes in Greece.

Built in the 17th. Century the monastery sits at the southern end of the Kanoni Peninsula and Mouse Island is just beyond.  It was actually a nunnery.

Nowadays it’s quiet destination with a small chapel.  It was also used as a film location for the James Bond movie For Your Eyes Only.    The monastery is open year round. 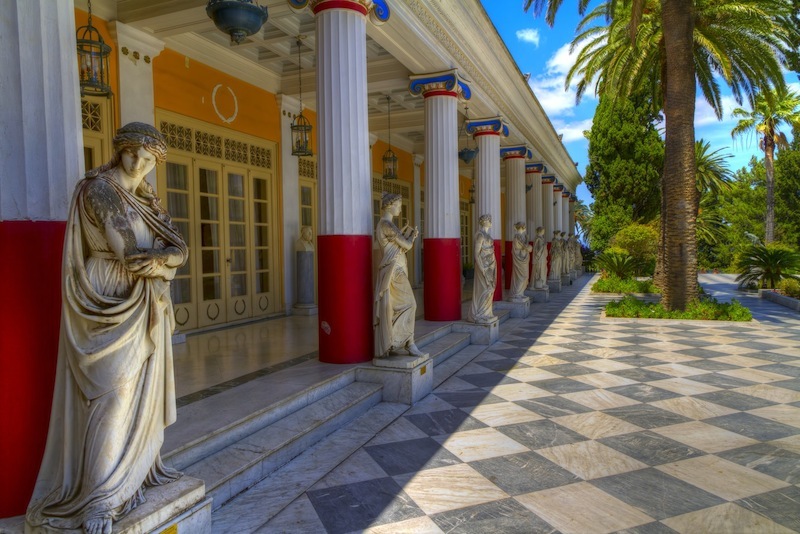 Take a trip to Achilleion Palace.

Located about 12 Kilometers south of the city of Corfu this neo-classical palace was built by Empress Elizabeth of Austria in 1890 as her summer retreat.

The design was intended to represent an ancient mythical palace.  The gardens are filled with flowers, trees, and statues and the palace location provides panoramic views of the whole of Corfu town on the north and the entire southern part of the island. 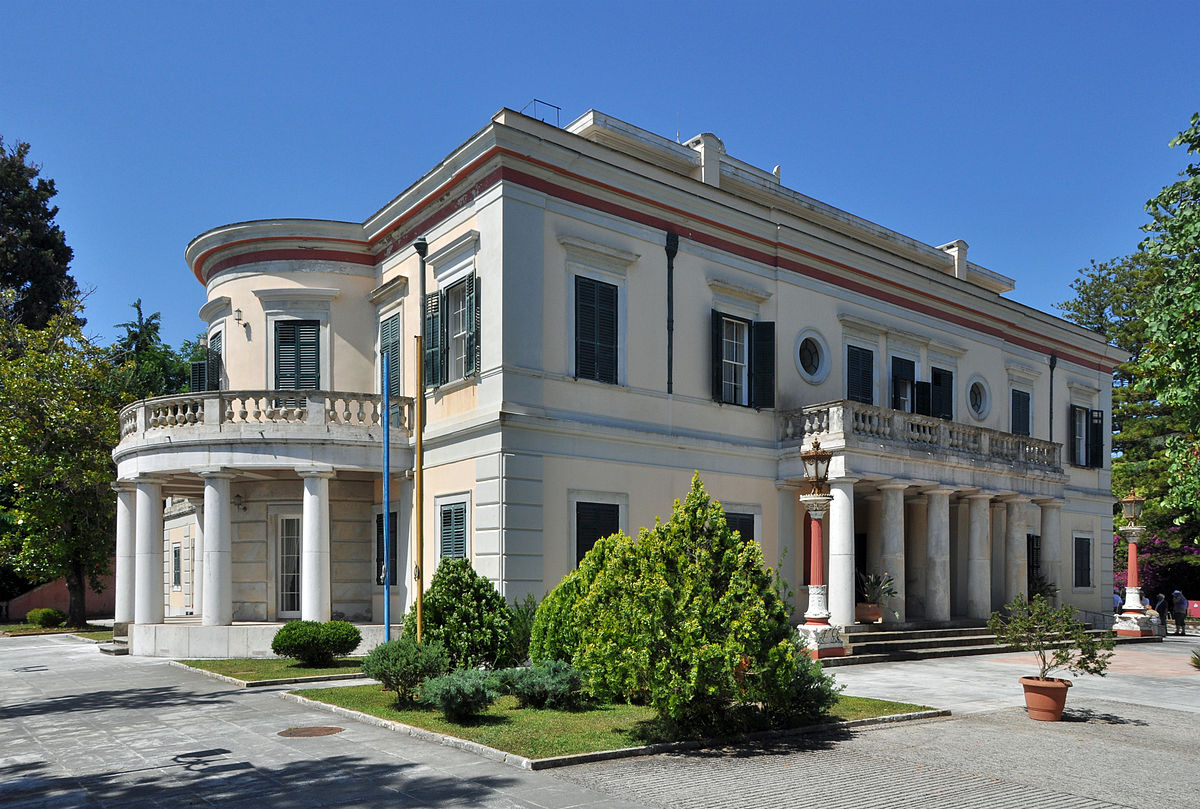 Sitting just above Corfu town is the Mon Repos Villa.  It was built between 1828-1831 as a summer residence for the  British Lord High Commissioner of the United States of the Ionian Islands, Frederick Adam, and his second wife (a Corfiot), Diamantina ‘Nina’ Palatino,

It has seen several royal births most notably the birth of Prince Philip the Duke of Edinburgh.

Ready to plan your dream Corfu vacation?  Let Savvy Nana Travel help you plan the perfect vacation.  We specialize in custom intineraries for couples, families, and groups.  If you can dream it, we can plan it!