The COVID-19 Pandemic: A Summary 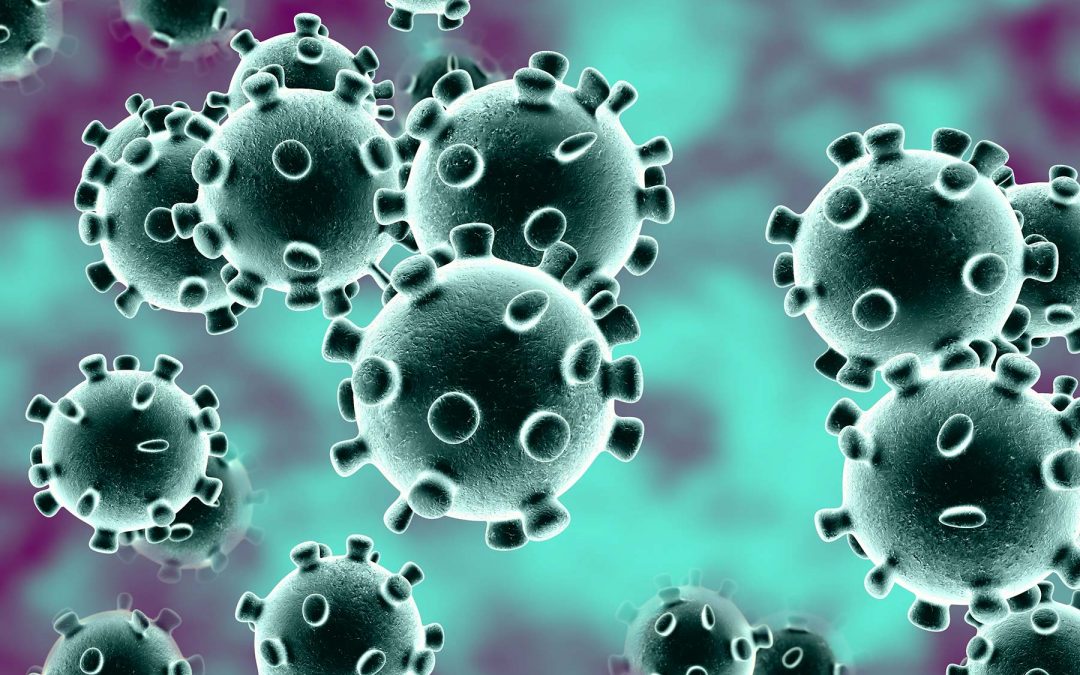 What is a coronavirus?

Coronaviruses are a large family of enveloped, non-segmented, single-stranded, positive-sense RNA viruses that circulate among animals including camels, cats, and bats. Coronaviruses derive their name from their electron microscopic image, which resembles a crown – or corona (see Figure 1).

Six strains of coronavirus have infected humans, four of which are together responsible for about one-third of common colds. In the past two decades, there have been three global coronavirus outbreaks (1). Severe Acute Respiratory Syndrome (SARS), caused by a coronavirus termed SARS-CoV, started in 2003 in Guangdong, China, and spread to many countries in southeast Asia, North America, Europe, and South Africa. Bats are the natural hosts of SARS-CoV; its intermediate hosts are palm civets and raccoon dogs. Early cases of SARS were linked to human and animal contact at live game markets. Transmission occurred person-to-person through droplets produced by coughing or sneezing, via personal contact, and by touching contaminated surfaces. In SARS, peak viral shedding occurs approximately 10 days after the onset of illness, when many patients are hospitalized, which explains why health care professionals have a particularly high risk of becoming infected. SARS-CoV has a R0 of 4, meaning that each infected person spreads the disease to an average of four others, and a case fatality rate of 9.5 percent. Although the virus infected 8,069 persons and caused 774 deaths, the last known case of SARS was detected in September 2003.

Nine years later, MERS-CoV – which causes Middle Eastern Respiratory Syndrome (MERS) – emerged in Saudi Arabia. MERS is characterized by sporadic zoonotic transmission from camels and limited episodes of person-to-person transmission. Explosive nosocomial transmission has been linked to single super-spreaders of infection. Almost all cases have been linked to people in or near the Arabian Peninsula.

Six strains of coronavirus have infected humans, four of which are together responsible for about one-third of common colds.

The symptoms of MERS are nonspecific, but many patients develop atypical pneumonia and severe acute respiratory distress. Up to 80 percent of patients with MERS require mechanical ventilation. Additionally, patients often have prominent gastrointestinal symptoms and acute kidney failure. This constellation of symptoms is due to the binding of the MERS-CoV S glycoprotein to dipeptidyl peptidase 4, which is present in the lower respiratory tract, gastrointestinal tract, and kidney.

Like SARS, health professionals are at high risk of contracting MERS. The disease is still circulating and, to date, has infected approximately 2,500 people and caused 850 deaths. The main factor that controls the spread of MERS-CoV is its very low R0 of 1. However, the case fatality rate is very high at 35 percent.