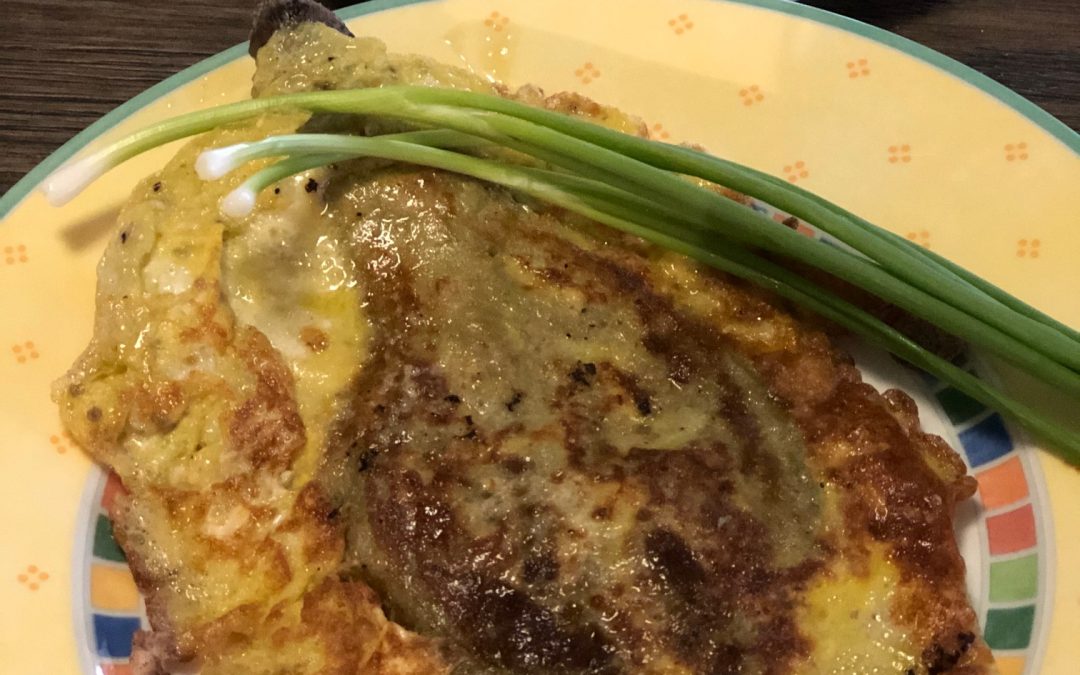 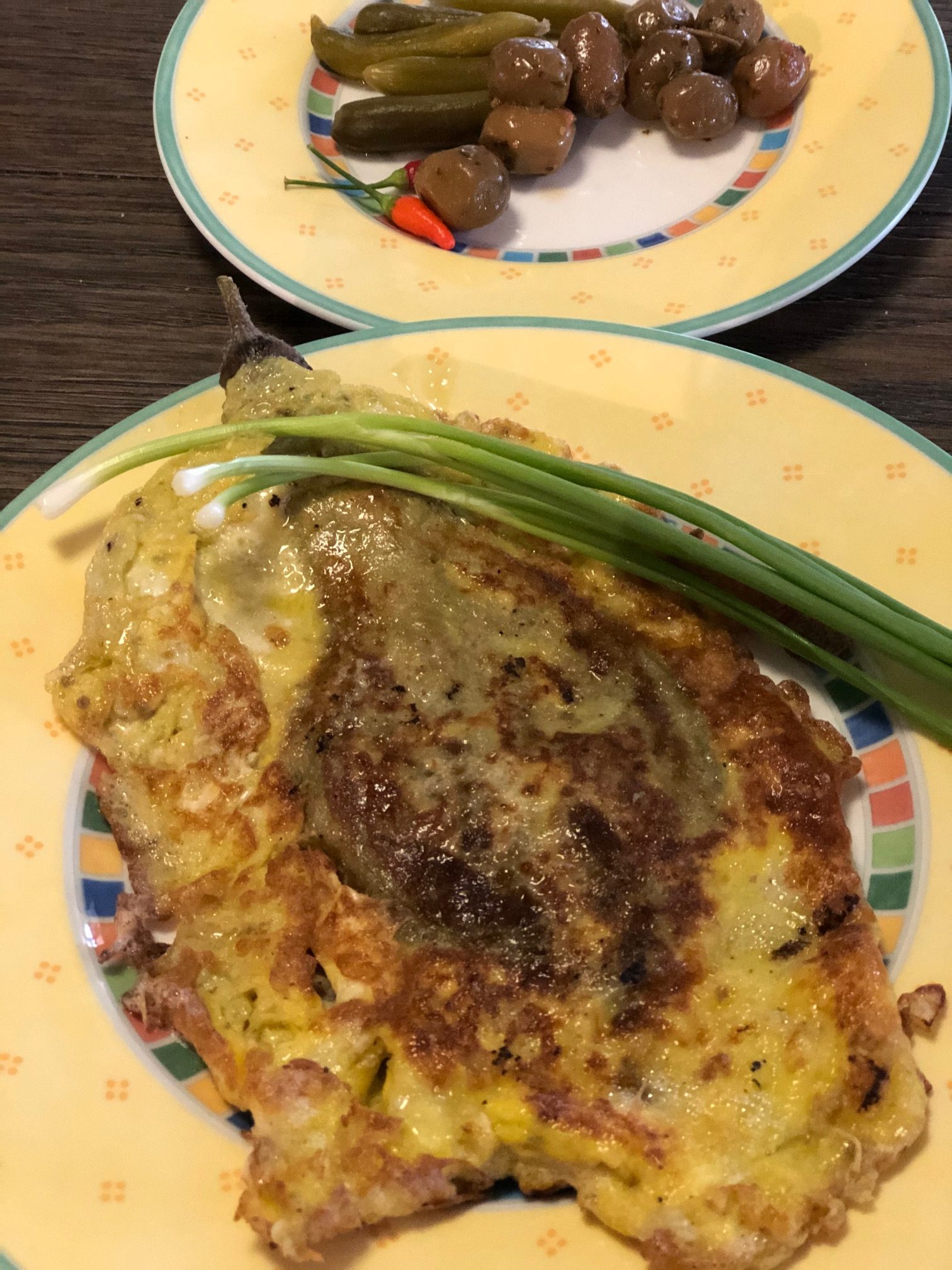 Italy may have their Eggplant Parmesan but the Philippines has their Tortang Talong or Eggplant Omelette.  The word “torta” has many meanings in the Latin based language.  In Italy and other countries whose language is rooted in latin it usually means cake or pie.  In Mexico it refers to a sandwhich.  In Spain it can mean either a cake or an omelette.

The Philippines was under Spanish rule for about 500 years.  Much of its language, customs, and cuisine is adapted from the Spanish culture.  Hence many favorite Filipino dishes include Arroz Valenciana or Paella,  Arroz Caldo, Pastel de Lengua, Menudo, Chorizo, and Torta, just to name a few.

The word “tortang” is derived from the Spanish word “Torta”.  In the Philippines when they refer to something as “tortang” it means that it is made like a torta, which in this case mean omelette.  So Tortang Talong means Eggplant Omelette since Talong is the Filipino name for Eggplant.

Tortang Talong is a simple yet tasty way to eat eggplant.  It uses the long Asian eggplant instead of the large round eggplant normally used in the Italian Eggplant Parmesan.  The eggplant is cooked, usually over an open fire or grill, flattened, dipped in beaten eggs, then fried.  There are many versions of this Filipino dish, some of which include ground meat.  In my family we usually make it without as it’s pretty filling without meat.  I make it at home for our meatless dinner nights.  Served with a tossed salad and some olives and pickles on the side it’s simply delicious!

You can roast the eggplant up to a day in advance.  Leave the skin on and store in the fridge until ready to use.  Depending on the size of the eggplant you can either make one to share or smaller individual ones.  I usually make 2 and that feeds around 4 people.

Roast or broil the eggplant with the skin on.  You will know the eggplant is cooked when it is soft and the skin is a bit wrinkled and has turned brownish in color.

Peel cooked eggplant.  You can do this by holding the stem and gently pulling off the skin with your fingers.  The meat may stick to the skin so be careful peeling it so that you don’t take the eggplant meat with the skin.  Do not remove the stem.

Place peeled eggplant on a flat plate and gently flatten with a fork.  You should end up with eggplant meat fanning out from the top stem.

Beat eggs, garlic, salt & pepper together in  a shallow dish.

Place about 1/2 tsp. oil in a large frying pan and heat.

Cook until the bottom starts to turn golden brown and the egg mixture on the top starts to get a bit dry.

Gently flip the eggplant over and cook until that side turns golden brown.

Slide finished omelette onto a serving dish and serve. 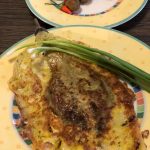