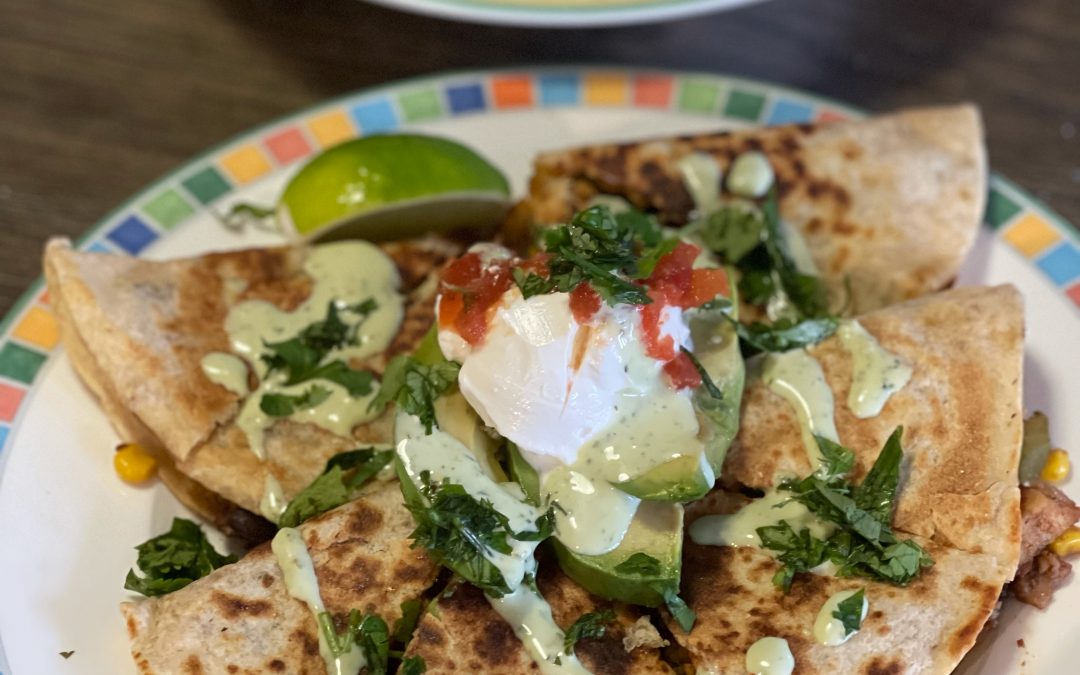 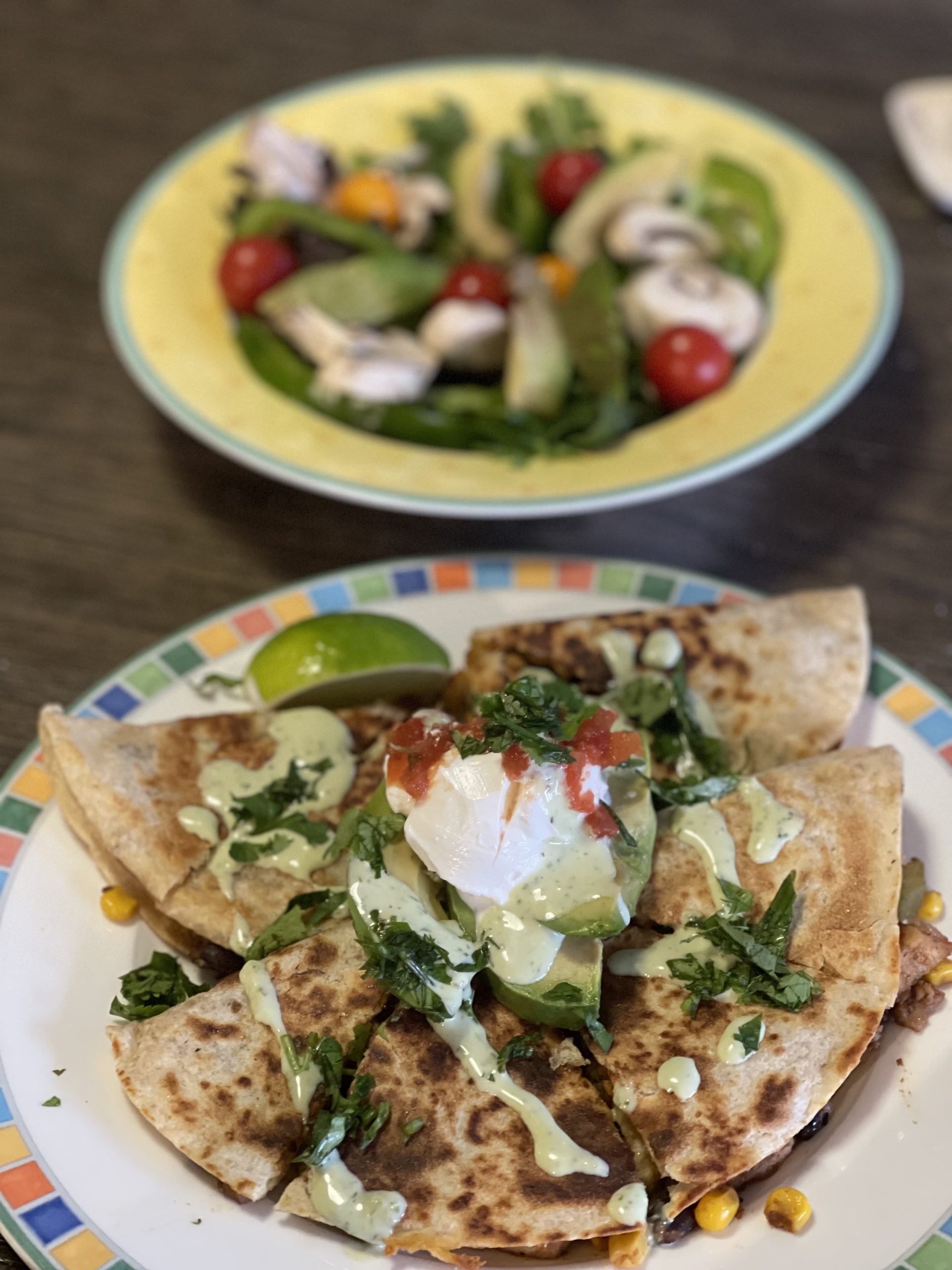 But Southwest Eggrolls are usually fried, that’s what makes them so good!  But anything fried pretty much means high in calories and everything else that aren’t the healthiest things to eat.  So I recently thought why not make Southwest Quesadillas?  After all Quesadillas aren’t deep fried, they’re grilled, so much healthier I think.

I usually make a batch of the Southwest Eggroll filling and using them in quesadillas works as well. Instead of rolling the filling burrito style I grill it on a tortilla, whole wheat of course!

You can make a batch of the filling and use it however you want.  You can freeze the filling and thaw it out when needed.  Or you can roll them into eggrolls and freeze until ready to use. However you choose to use it this Southwest filling is very versatile.  Did I mention it’s a pretty healthy choice too?

Yes the filling is pretty health.  It’s got fiber, protein, and other vitamins, and it’s fairly low in calories and fat.  So go a head make a batch today!

So here’s how to make Southwest Quesadillas!

Whole Wheat Tortillas (you can use any type of tortilla)

Spray a skillet with cooking spray.

Heat skillet and place 1 tortilla in it.

Sprinkle shredded cheddar all over the tortilla.

Spoon about 1/2 Cup of Southwest Eggroll filling on HALF the tortilla.

Lift the other half of the tortilla with a spatula and fold it over the filled half.

Press the top half down and cook about 1 minute.

Carefully flip the quesadilla over and cook the other side about 1-2 minutes or until it starts to turn crunchy and cheese is melted.

Remove from heat and cut into 4 triangles.

Serve hot with your favorite toppings. 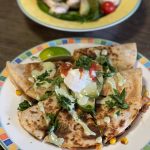