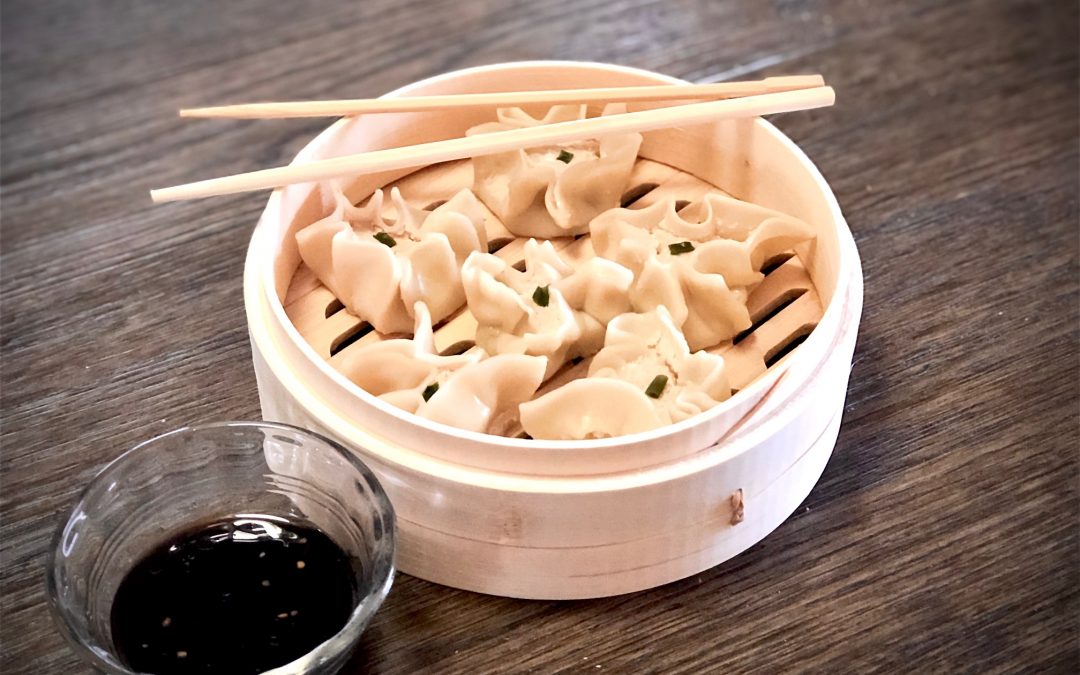 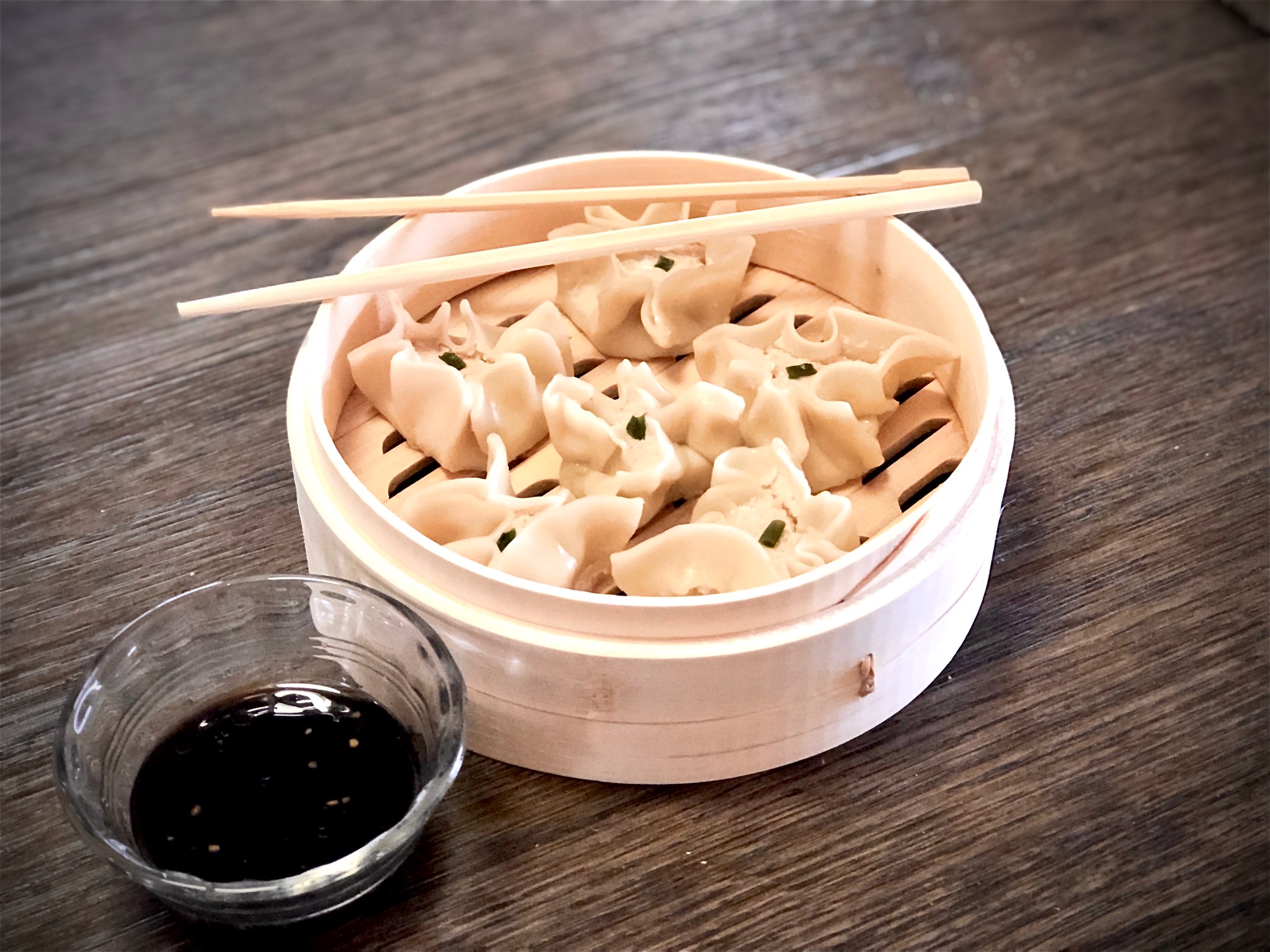 Last month I was  craving dim sum or steamed dumplings and going out to my favorite Chinese restaurant that still had dim sum carts was out of the question.  The virus thing you know.

So after searching for frozen dumplings that would hit the spot I decided that I had to DIY my own.  It’s tedious, frozen ones are so much easier.  But I wanted shrimp dumplings, not chicken and shrimp or pork and shrimp, just shrimp.  So armed with my bamboo steamer and wanton wrappers I set off to make shrimp shiu mai. And they were delicious!

You can find all the ingredients at any Asian market, they’re pretty basic.

Put garlic, ginger, and shrimp in a food processor.

Pulse until shrimp is broken up.

Place 1 Tbs. shrimp filling on to the center of each wrapper.

With damp fingertips (dampen with water) moisten the edge of wrapper.

Pinch wrapper together into small folds.

Line bamboo steamer with  parchment paper and place dumplings inside.  Allow some space between dumplings so they don’t stick together.

Steam over boiling water for about 7-8 minutes or until  filling is cooked. 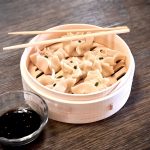