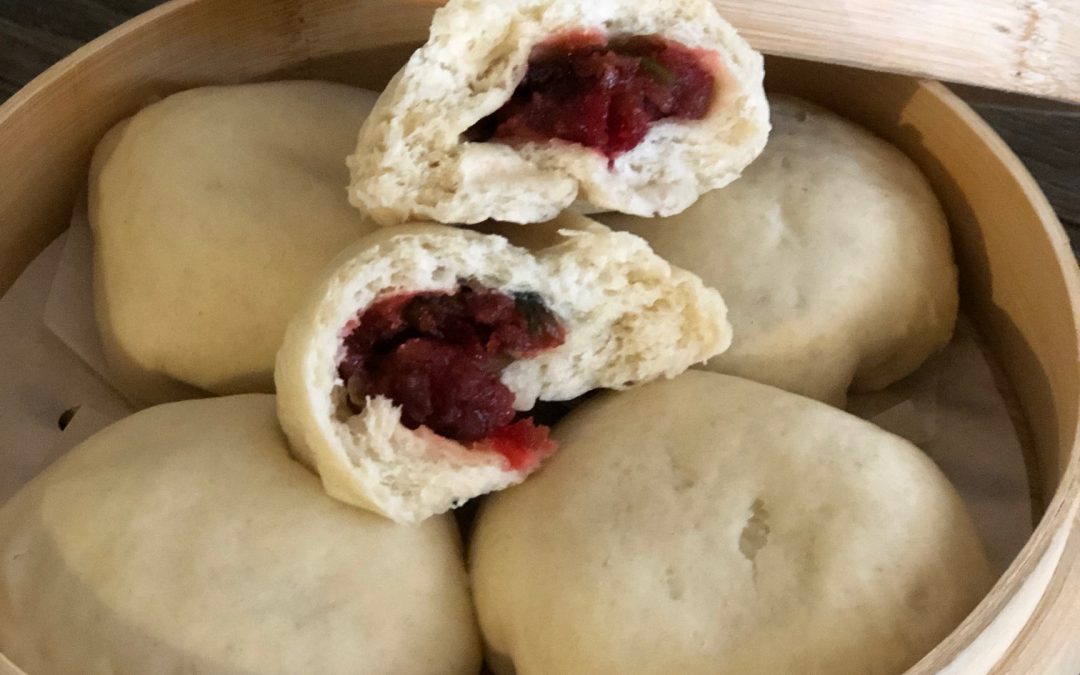 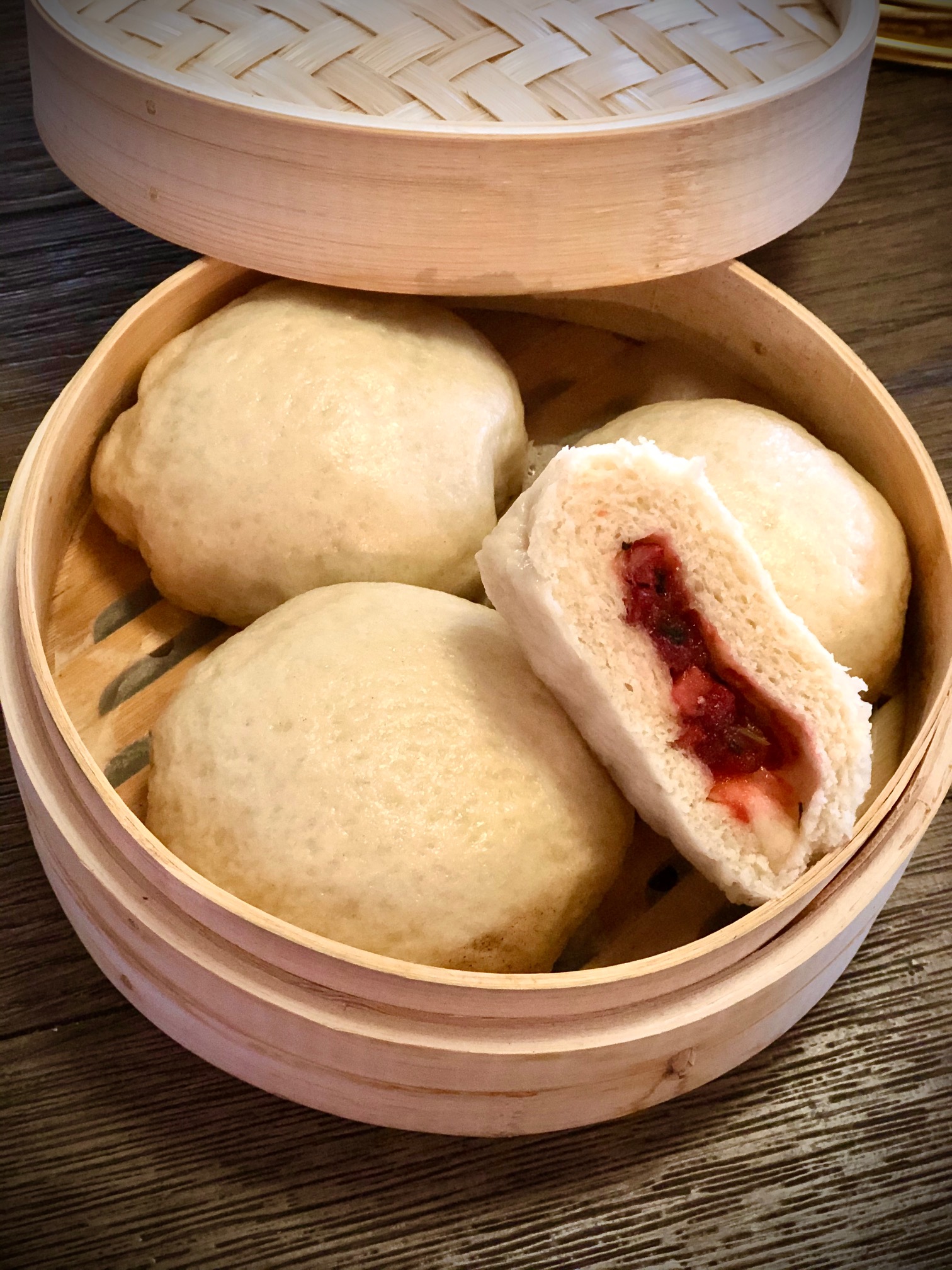 What is a Manapua?  Simply put it’s the Hawaiian name for the yummy Chinese Bao, that slightly sweet dough stuffed with barbecued pork then steamed to form a shiny outer skin surrounding the fluffy bread and sweet savory filling.

In the 19th. century Cantonese Chinese immigrants came to the Hawaiian islands to work in the sugarcane plantations.  They brought with them their heritage and cuisine.  One of the delectable foods they brought to the islands was the Cha Sui Bao, that barbecued pork filled steamed bun.  It soon became a favorite with the locals who called them Mea’ono’pua’a (Mea’ono means bread and pua’a means pork).  Over time that name morphed into Manapua, which is what we call it today.

Along with the name change the traditional Manapua also evolved into different flavors.  These days one can easily find Shoyu Chicken, Lap Cheung (Chinese Sausage), Pizza and Curry Manapuas at the 7/11 and other Manapua Shops and trucks.  Actually you can stuff the dough with just about anything you want; I make adobo manapuas!

Manapuas are found everywhere in Hawaii, but homemade ones are still the best!  They’re great for snacks, picnics, and even as a light lunch.  They are one of my family’s favorite foods!

When I make manapua I usually use store bought Char Siu pork or chicken.  Both are readily available at our local supermarkets.  But sometimes I make my own, it’s not that hard.  So today I’ll share the recipe for makng manapua and the barbecue meat filling we call Char Siu.

Char Siu – It can be used to fill steamed buns or sliced mix with noodles or rice.

Marinate in the fridge for 2-3 hours.

Place meat in a roasting pan and brush top with honey.

Bake in a 325° oven for 40 – 45 minutes or until meat is cooked.  The meat is done when it starts to turn crisp on the outside and the center is firm.

Remove from oven and cool for about 10 minutes.

Slice into thin strips or if using for manapua filling dice into 1/4″ cubes.

Dissolve Flour and cornstarch in the water.

Remove from heat and cool.

Combine 2 flours and put 3 cups of the mixture in the bowl of your standing mixer.  (or in a bowl if you’re mixing with your hands)

Stir in about 2 tbs. sugar.

In a separate bowl combine remaining sugar with the yeast and add 1/3 Cup warm water.

Stir until yeast is dissolved.

Add the rest of the flour mixture to the yeast and mix well.

Add the yeast mixture and the remaining water to the flour mixture in the bowl.

Knead with the dough hook until smooth and elastic.

Turn dough in to a greased bowl and cover with plastic wrap or a kitchen towel.

Divide dough into about 18 balls.

Flatten each ball with a rolling pin into a circle about 1/4″ thick.

Place 1 Tbs. filling in the center.

Pull sides of dough around filling and pinch to seal the seams.

Place buns on little squares of wax paper to keep them closed.

Place in a rack or a bamboo steamer and steam for 15 minutes.

Serve hot or freeze for later use. 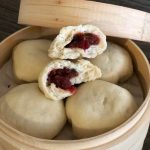