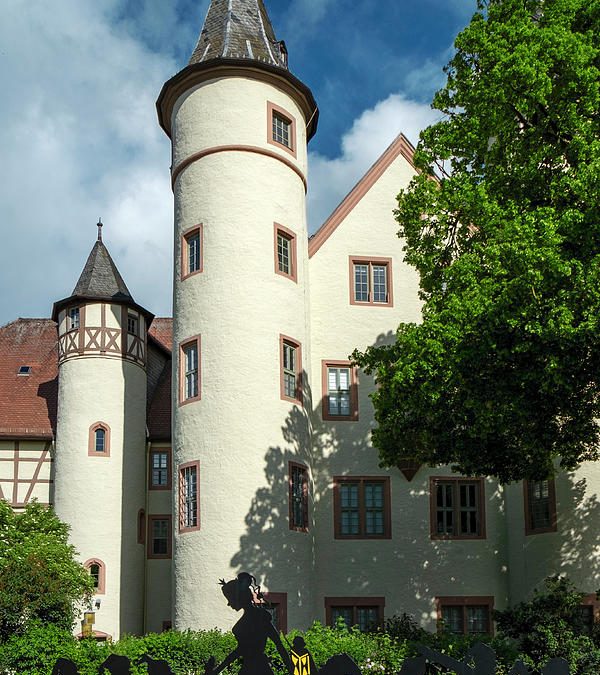 No fairy tale is complete without a grand palace or castle.  But did you ever wonder if those fairy tale castles really do exist?  The answer is of course they do! And you can visit them from anytime you want without every having to leave home!

These days travel is something many of us are hesitant to undertake.  Not only do we have to worry about social distancing at the airports and on planes, we have to follow new airline rules designed to keep us safe.  Temperature checks and virus testing before being allowed in the boarding area; face masks and gloves for the duration of the flight; no hand luggage; higher ticket prices; and arriving 4 hours before a flight are just some things we can expect when we do decide to travel.  Pretty daunting isn’t it?

We love to travel and explore the world, but right now we’re not quite ready to take that first step and venture out into the new world we’ve come to live in.  But that doesn’t mean we can’t virtually explore new places or revisit some of our favorite destinations.

So here are 6 fairy tale castles you can virtually explore.  Perhaps you’ll find one or two to put on your travel bucket list to explore when you’re ready to brave this new world of ours. 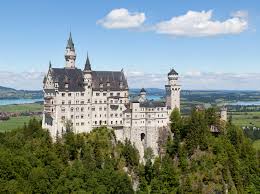 Arguably the most famous fairy tale castle of all is Sleeping Beauty’s Castle at the center of all Disney Parks.  It was modeled after the real life Neuschwanstein Castle in Germany. 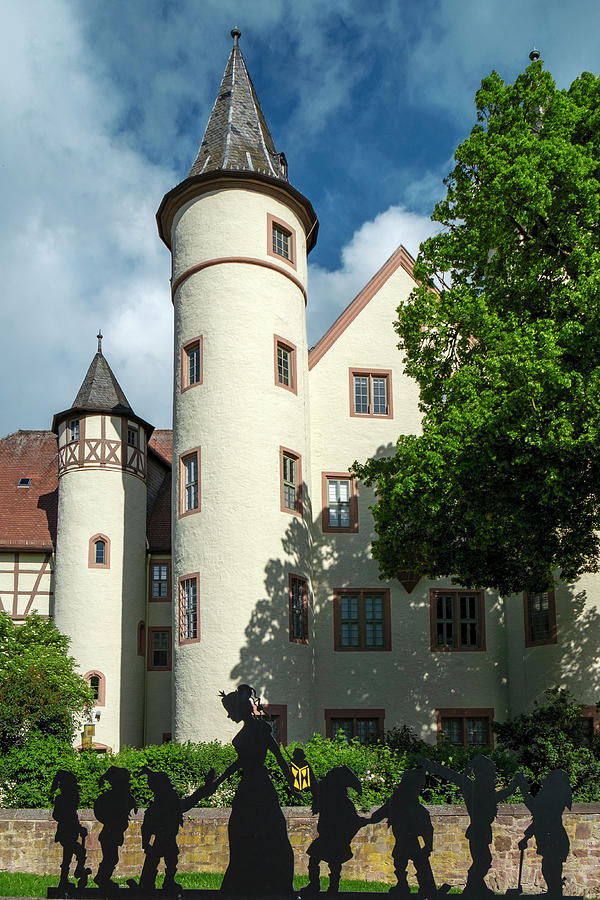 Complete with a “Talking Mirror” this castle in the German town of Lohr a. Main is said to be the inspiration for the Snow White fairy tale by the Brothers Grimm.  Today is houses the Spessart Museum where they actually have the infamous Talking Mirror on display.

The town really plays up to the Snow White tale who in real life was modeled after the daughter of the Bavarian Castle’s owner.

Here’s a short video that takes your thru some of the exhibits.

Here’s a 360 tour of the outside of the castle and the surrounding area.

This French Palace is just as famous for its residents as for its history and beauty.  Situated in the outskirts of Paris the Palace of Versailles was the principal royal residence of France for over 100 years; from the reign of Louis XIV in the 17th. Century until the end of the French Monarchy under the reign of Louis XVI in 1789.

Marie Antoinette is arguably it’s most famous resident.  Born an archduchess of Austria, her parents were Empress Maria Theresa and Emperor Francis of Austria, she became the Queen of France when she married Louis XVI.  Tragically she was the last Queen of France when Louis XVI was deposed during the French of Revolution; she was tried by tribunal and executed at the Place de la Concorde in 1793.

Today it’s used for state events and it’s a museum where visitors can visit the complex that houses the main palace, small chateaux, gardens, and fountains.  It was also the setting for 5 recent films including the Sofia Coppola’s 2006 film Marie Antoinette.

The Palace of Versailles is one of my favorite palaces.  We love to explore the beautiful gardens.  Explore Versailles on these virtual tours. 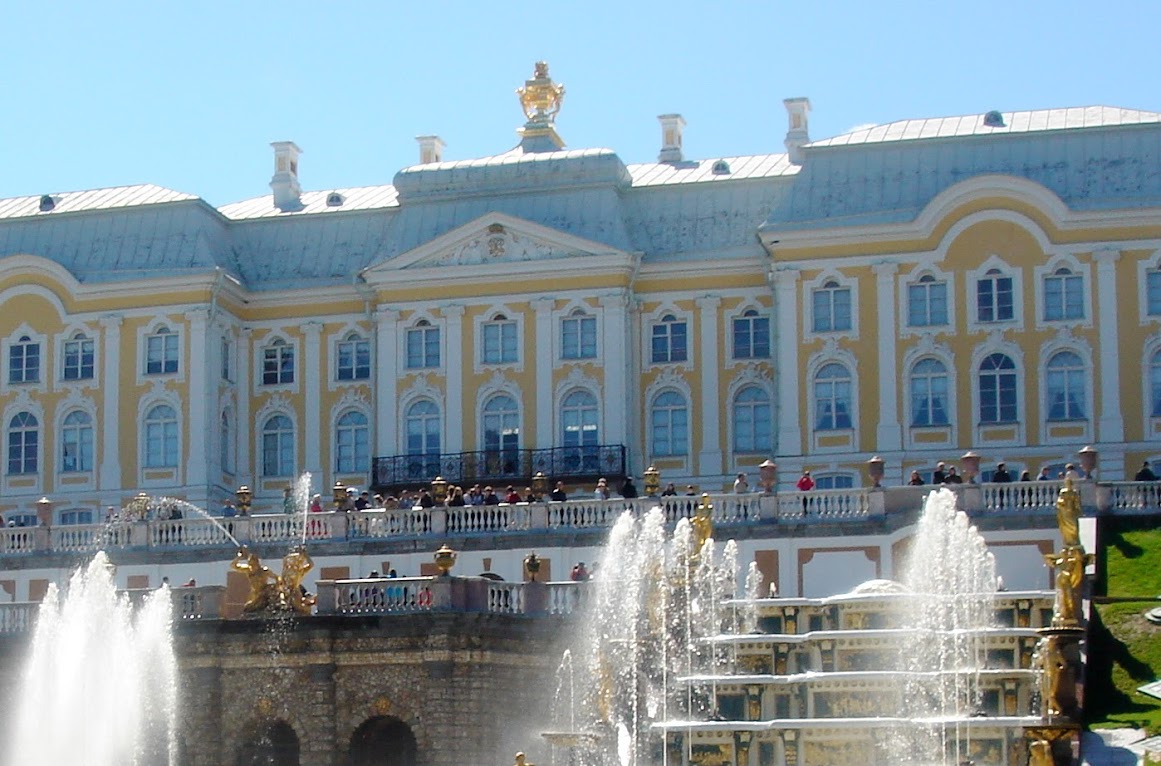 Commissioned by the Romanov Czar Peter the Great in the early 18th. Century Peterhof is located in St. Petersburg, Russia.  It was built to rival Louis XIV’s Versailles in France.

This palace complex is composed of several palaces, gardens, and fountains.  It served as the imperial palace for Russian Czars for over 200 years.

It’s most famous residents were probably Nicolas and Alexandria, the Russian Empire’s final Czar and Czarina.  Like their counterparts in Versailles the Russian Revolution brought the demise of the once great House of Romanov with the arrest, imprisonment, and ultimately the executions of Nicolas, Alexandria, and their children in Yekaterinburg in 1918.

Built in the early 18th. Century by Russia’s Catherine I, the wife of Peter the Great. Located in a town not far from St. Petersburg, Catherine’s Palace was the summer house of the Romanov Czars and Czarinas.

This Palace is best known for The Amber Room decorated with gold backed amber panels.  The Amber Room was gifted to Peter the Great to celebrate peace between Russia and Prussia 1716.  It adorned the room in Catherine’s Palace for over 200 years until it was dismantled and looted by the Nazis during World War II; it has not been seen since.

Explore the wonders of this palace here!

A list of fairy tale palaces and castles would not be complete with out Buckingham Palace.  It is the official London residence of British monarchs since 1837 when Queen Victoria ascended to the throne.  Today it is the London residence of HRM Queen Elizabeth and her husband Prince Philip.