How To Get Your Kids To Be More Active 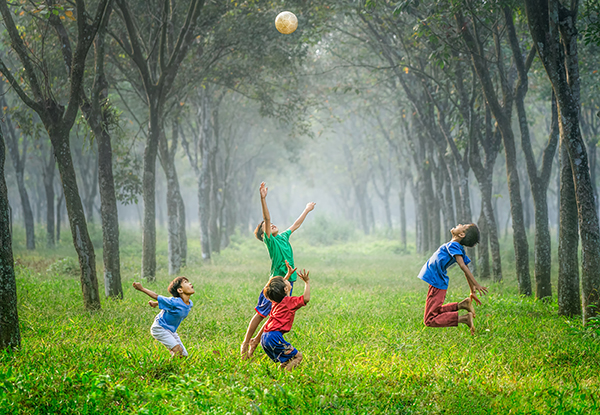 As a parent, you want your kids to be a lot of things. You probably have all kinds of hopes for your little ones; the main two that you’re hoping for, however, is that they’re happy and healthy. If they have both of those going for them, then nothing else really matters. Also, if they both of those going for them, then all other aspects of their lives will be enhanced!

We’re going to focus a little on the latter in this post. The health of your child is obviously the paramount focus in your life. How their minds and bodies are functioning matters an awful lot. A way to make sure that they’re almost as healthy as can be is by making sure they stay active. Acting like a sloth inside on the couch all day won’t do much for their physical prowess, so they need to be out and about more – it’s up to you to encourage them!

In this day and age, we’re inundated with stuff that makes us want to stay indoors. It can be pretty difficult to make a child want to work out when laziness is the new fad! Here are a few ways you can get your kids to be more active, though:

If you take health and fitness seriously, then they’re probably going to take it seriously, too. Your kids are so very impressionable; they will take everything you do and try to mirror it – especially when they’re very young. Their mimicking and their views continue into older ages, and even into late teens for some. You, as a parent, have such a big influence over their behaviour.

Educate Them About Health And Fitness

Letting them know about why they should be more active might just do the trick. Kids don’t really like listening and learning about things that are pretty boring, but perhaps you could let them know what might happen if they’re too lazy for too long. We’re not saying that you should scare them, but telling them why it’s important would be a smart idea.

Take Them To Sporting Events

Not everyone is into the main sports in the world, so dragging them along to a professional football game might not work. Enjoying a day out at a particular sporting event might encourage them to be a little more active, though. They might start to really enjoy the sport that you’ve chosen to watch. They might view some of the players as role models to aspire to.

We’re in a world where video games dominate the entertainment industry; your kids are probably playing them, right? If they are, then perhaps you could buy them games that will make them want to go out and try it for real. Around fifteen years ago, skateboarding received a huge spike in popularity due to the video games that came out around the sport. You could look up how to play Steam on Mac or windows, or you could get a games console for them to enjoy. Just make sure they don’t play on it too much!