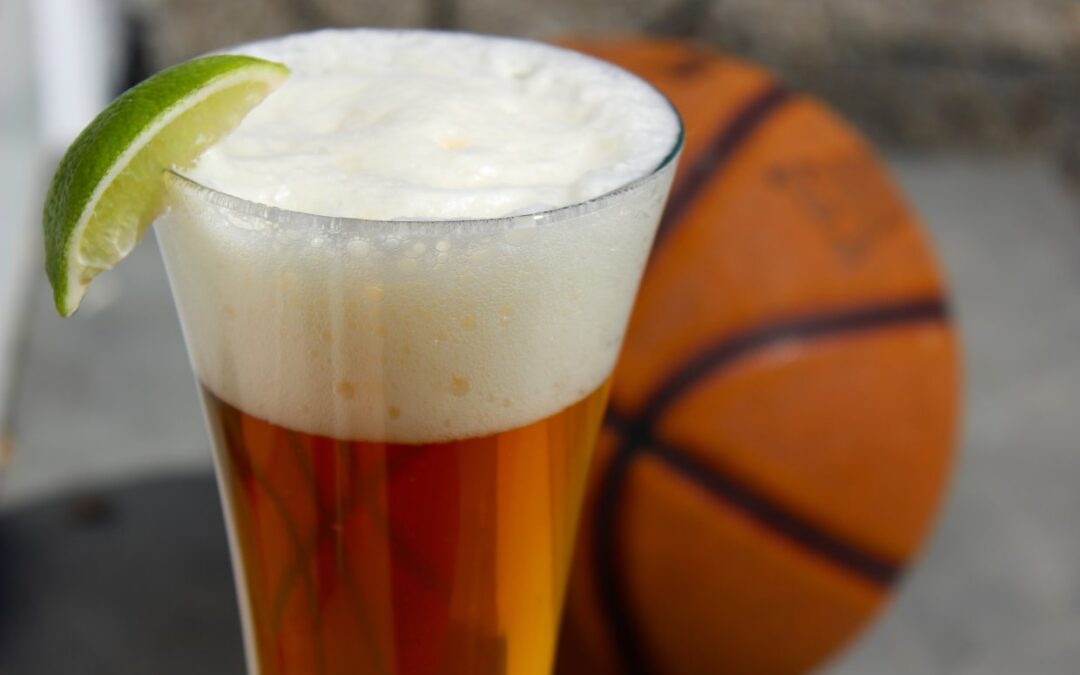 Right now March Madness is sweeping the nation. All day and night, college basketball teams are duking it out in the South, East, West and Midwest regions for the NCAA championship win. Fans are filling stadiums and with that it’s no surprise day drinking is on the rise. With that in mind, choosing which drink to toast your team with is a talent. You want something lower in alcohol, simple to make and fun to sip. The Shandy, England’s famous session, is ideal. For this all-American event we put a spicy spin on the traditional lemon-lime Shandy with some ginger beer and choose a small batch American craft beer. Voila, two ingredients and you’ve got slam-dunk drink.

In a chilled pint glass add the ginger beer. Slowly top with the chilled IPA.