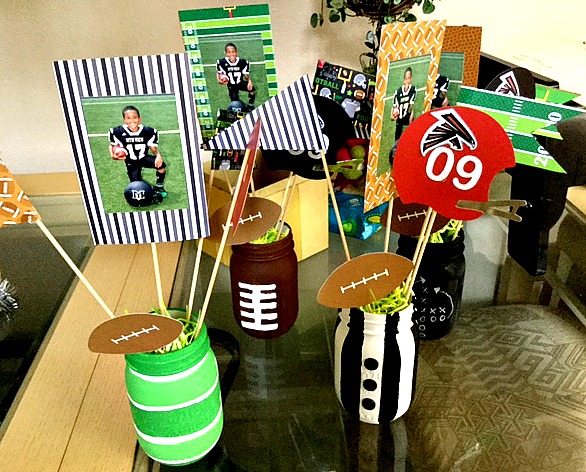 Are you planning a Football themed party?  We are!  We’re planning my grandson Devon’s 9th. birthday party for April.

Now that he’s turning 9 he knows exactly what he wants for his party, and this year it’s all about football!  So of course that means he wants everything from the invitations to the decor to the cake to be about his favorite sport.  Good thing I have over a month to get this done.

Last weekend I made these Football Themed Painted Mason Jars.  I’m going to use them as the base for photo centerpieces I will be making next month, once I find those photos of Devon in his football team jersey!

The Football Painted Mason Jars are so easy to make, it took me just a couple of hours to paint them once the primer dried that is.  They’re inexpensive too!  These jars didn’t cost me a penny!  I used mason jars, I always have mason jars in the house.  They’re very handy, I use them for lots of things.  Like my Kitchen Garden and Citronella Jars!  And the paint I have lots and lots of craft paint, I grab them when they’re on sale at the craft store or at Walmart.

But if you don’t have the necessary supplies then it should cost you about $25 or less and that’s assuming you buy a case of mason jars at Walmart for about $10, this gives you 8 left over jars for future projects or you can make a 3 sets of four jars.  The most expensive item would probably be the primer and sealer, I used a can of Rust Oleum Spray Primer that cost about $5, and Krylon Acrylic Sealer that cost about $6.  The craft paints, I use Apple Barrel  and Folk Art craft paint, they cost under $1 a bottle.  To make the marks on the chalkboard jar I used a Bistro Chalk Marker that cost about $3.  To cover the areas I didn’t want painted I used painters tape and first aid tape.  If you must buy it they cost about $3 a roll each, but really you can use regular tape if that’s what you have, it will just be harder to see if it’s clear tape.

As I said these football painted jars are pretty easy to make, the most time consuming part is the taping up and touching up the details.  It can definitely be done in a few hours, you just need to apply primer and let dry over night.

But it’s worth the effort, they came out so cute!  I said I was using them for photo centerpieces, but you can use them as utensil caddies or even drinking cups just don’t paint the rim or the inside and add a daisy cut lid and slip a straw in.  ( I love using mason jars with daisy cut lids at parties, they double as take home favors that guests love!)

So if you want to make these Football Themed Painted Mason Jars here’s how.  By the way you can start making some now and save them for football season.  They’d look great at a game day party!

1 Can Spray Primer in White

Now that all the jars are primed we’ll work on them one at a time.  Let’s start with the play board jar, it’s the easiest!

Lightly sand the black chalkboard paint jar with fine grit sandpaper to give it a distressed look.

Be sure to sand on the words in front and around the lip.  Don’t sand it too much, you don’t want to take off a lot of paint, just a few small spots around the jar.

Wipe off any paint dust with a dry cloth.

Use the White Bistro Chalk Marker to draw on the x’s, o’s, and arrows.  Follow the image here or make your own play chart.

You don’t have to make it perfect, remember this is the play board coaches use in the locker room to show the team the game plan!

Your play board jar is done, just got to seal it.  So set it aside, we’ll seal all the jars at once.

Starting in the front of the jar tape off equal vertical sections.

The middle of the front should be taped.  You want this strip to be white so you can glue on the black buttons later.

Try to be as neat as you can be to avoid a lot of touching up.

When the paint is dry gently remove tape strips making sure you don’t pull off white paint with it.

Touch up the stripes with white paint.  Set aside and let dry while you work on the Football jar.

I actually adjusted this because the first aid strips were too wide.  I ended up cutting them in half to make them thinner.  To avoid this problem use the thin first aid tape – I had run out of them so I had to make do with what I had.

It’s best to follow the finished jar for proper taping.

Paint the entire jar (paint on the tape edges carefully so as not to lift tape up and letting the paint seep under).

Let dry completely, then gently remove tape off without peeling off any paint with it.

Touch up with brown or white paint where needed.

Set aside and let dry while you work on the last and hardest jar, the Field jar.

Paint the rim and the bottom medium green.

Let dry and remove the tape.

Tape the rim and the bottom you just painted overlapping a bit on the white for the stripe, then tape the middle of the jar leaving two areas on either side uncovered.

Cover the two strips you just painted with tape overlapping a bit on the white for the stripe.

Paint in numbers on one side or you can use small number decals in white.

Set aside and let dry.

Meanwhile glue on the buttons to the middle of the white stripe on the Referee Jar.

Let all the jars dry.

Spray with a coat of clear acrylic sealer.

Look out for more ideas for a Football Themed Party.  I’ll be turning these Football Mason Jars into photo centerpieces soon!

If you need some party ideas for boys check out our Pirate Themed Party or Jett’s Thomas the Train Party!  Girls can have a pirate or train party too! 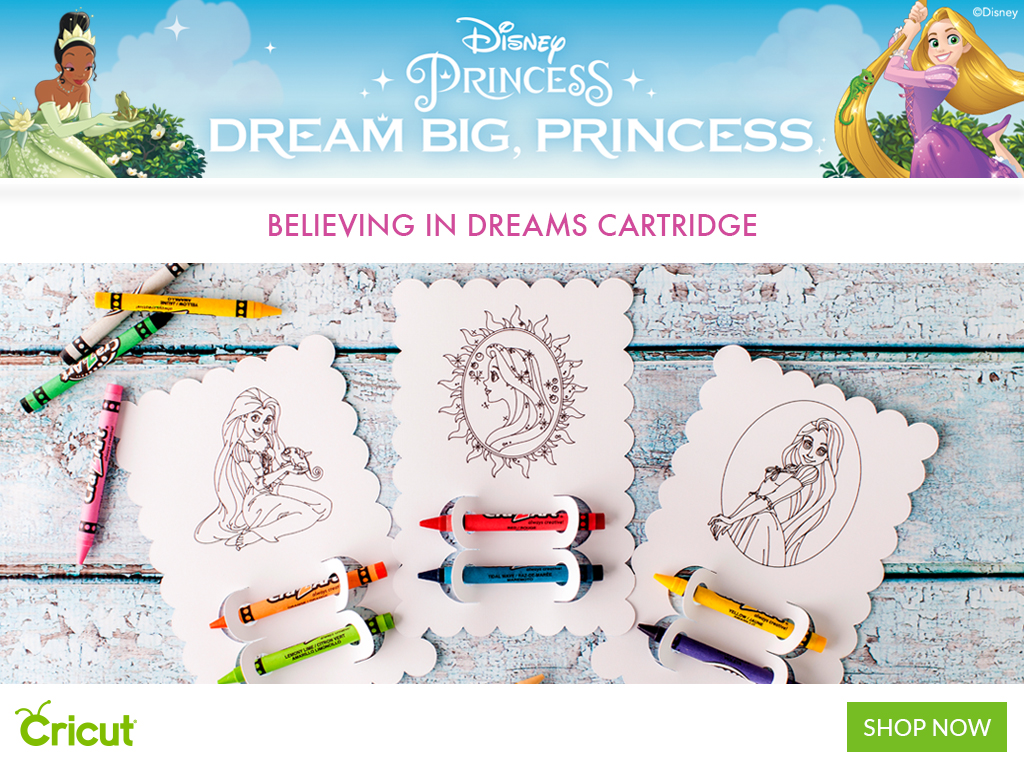