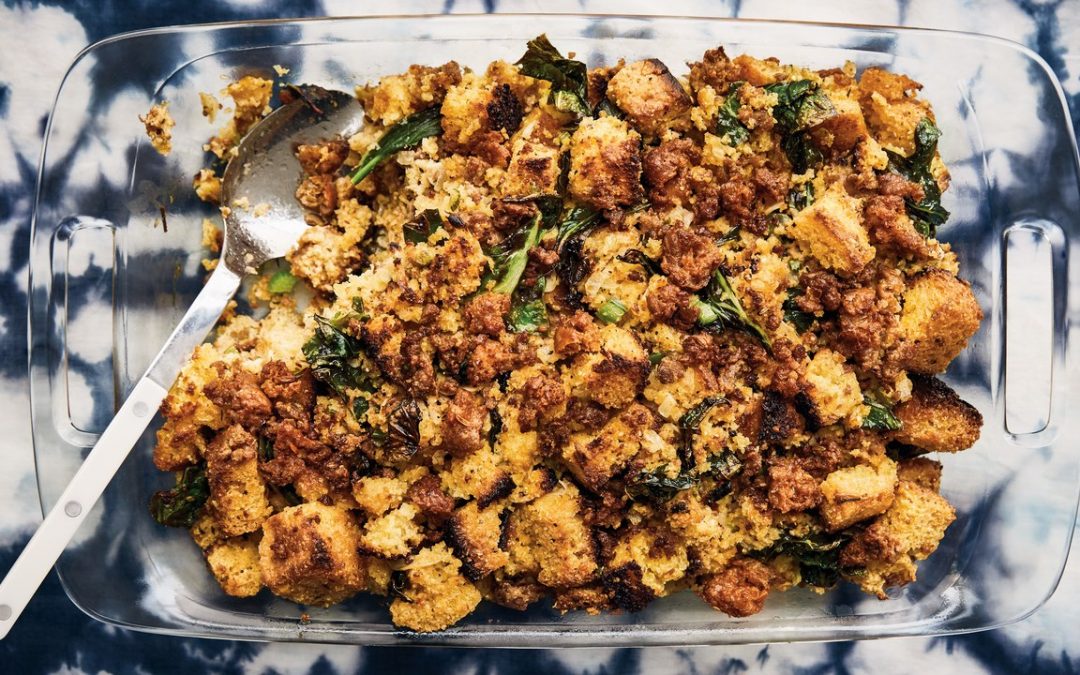 The key for this stuffing recipe is making your own buttermilk cornbread. This way, you can control the moisture and sugar levels, and it also makes your whole kitchen smell like a buttered corn muffin. Cubing and lightly toasting the cornbread preps it for maximum flavor absorption without compromising its sturdiness.