The Worries Of Parents With Poorly Children 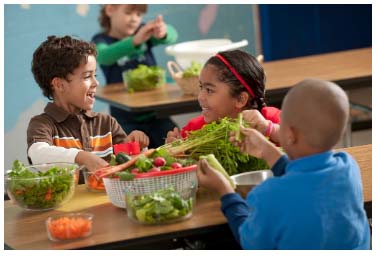 Being a parent means you become many things. You become a nurse, a counsellor, a teacher, a financial advisor, a bank account. The list of things that parents become could go on and on. It’s one of the best jobs in the world, no matter how much it requires us to do. It allows us to have this unconditional love for a little human that we managed to grow inside of us. But there are definitely times where being a parent is everything that’s cracked up to be. By that we mean it’s tiring, stressful, lonely, and everything else I between. Although we know that we’re going to have that unconditional love, we’re also fully away of the struggles of being a parent before we sign up for it. One of the biggest ongoing struggles we think, is the worry a parent has for their child. You want them to grow up to be the best that they can possibly be and to have the best health possible. So when your child begins to get ill it’s easy to go into full panic mode. You think that the world is crashing down because they’re not this healthy perfect child anymore and the care of them is either totally in your hands which is stressful, or in the hands of doctors and nurses, which is even more stressful. So, we’re going to go through some of the worries a parent has when their child is poorly, and hopefully ease a few that you might have had.

Dealing With The Small Issues

There will be so many small issues that go wrong with children’s health. They’re going to go through years of having to build up some sort of immune system to be able to function like a normal adult who doesn’t get ill every time they go into a building. Because we can walk around every day and we’re not likely to get ill that often. All children have to do is go back to school after having a break for Christmas for example, and they’ll eventually end up with some sort of cold or sickness bug within a week or two. So throughout their life, you’re going to have to deal with runny noses, and vomiting in the early hours of the morning. To manage it, you simply have to do what you would do for yourself if you were ill. Make sure they’re drinking plenty of fluids, eating only when they can if they’ve had a sickness bug, and generally keeping them in bed until it passes. We don’t have sickness bugs really as adults, so it’s easy to forget how terrible they are. Trying to build up an immune system is also important. Kids can take daily vitamins that will help them to do so!

Dealing With Their Fears

Every kid is going to have fears when it comes to visiting at least one healthcare professional. For a lot of kids it’s the dentist, but there are bigger worries about what scary health professionals are going to do to them. For example, a lot of children have to make trips to the audiologist for pediatric hearing tests. Some children are either born with hearing problems, or might be developing them due to gromits, infections, and many other things. But children seem to be particularly funny about people trying to put things in their ears. To manage any sort of fear like this, you have to use distraction and bribery. Their fears are justified, because who does like having something put in their ears! So tell them to sit there and get on with it might not be that effective! Take a tablet with you for them to play on, and promise them something they’re going to love afterwards!

Stays in hospital are hopefully not going to come around too often. A stay in hospital can be so traumatising for both you and your child. But the best thing that you can do is try to make it as fun as possible for them. Playing, watching films, whatever you can do it make it enjoyable so they don’t start associating the hospital with nasty things. The more you can get them to come to terms with a hospital helping and healing, rather than hurting, the easier it’ll be for them to engage as they get older. Some people go into their adult life not wanting to go to the doctors about anything because that’s how they’re grown up!