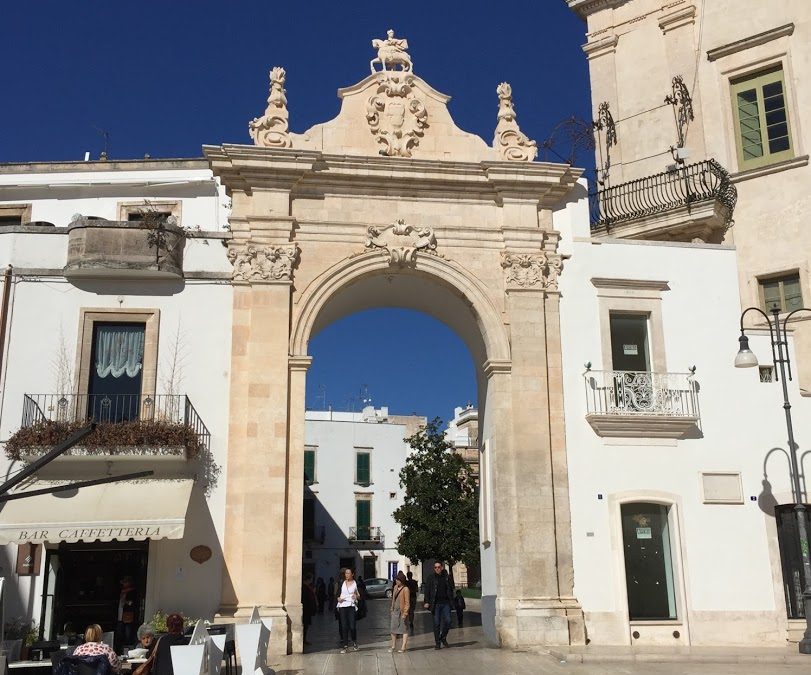 Puglia or Apulia in Italian, is a region in southern Italy that borders the Adriatic and Ionian Seas on the east and the Strait of Otranto and Gulf of Taranto on the south.  It’s the southern most portion of the country known as the Salento Pennisula which forms the “heel of the boot of Italy.”

Bari  the capital city of the Puglia region  has a population of 1.3 million residing within the city and it’s suburbs.  It’s a good place to base yourself while exploring the wonderful sites around Puglia.  Of course Bari has many sites worth exploring as well, I’ll discuss that in a future article. 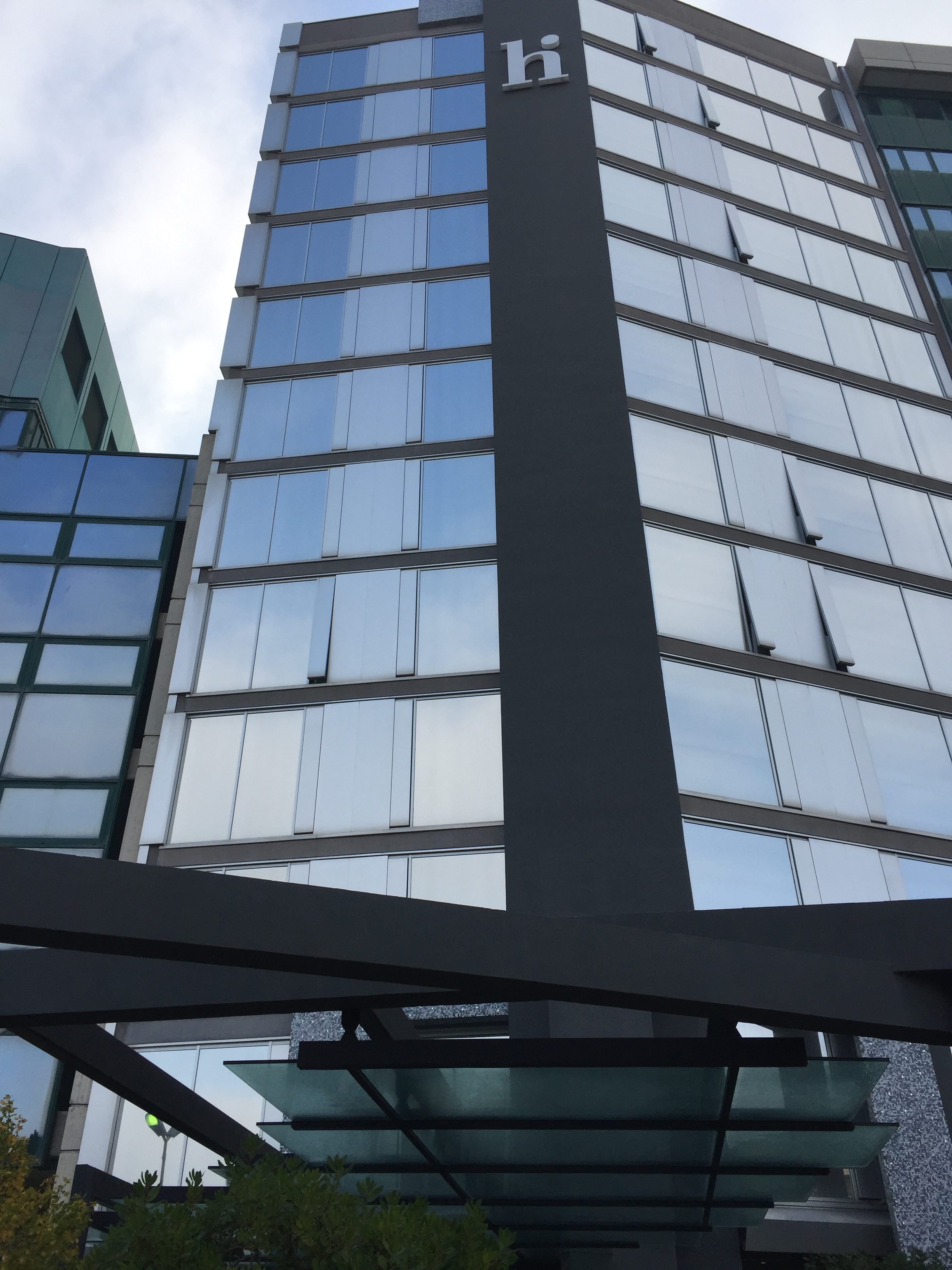 We recently spent several days in Puglia basing ourselves at the excellent HI Hotel Bari.

Bari is connected to many of the towns in the area and beyond by a good network of roads and by a less comprehensive railway system.  Renting a car is arguably the best  way to see the area.

Of course we did not rent a car, instead we relied on public transportation for our day trips.  Not necessarily the best option, but definitely a workable one.

Now there are many, many places to see in the Puglia region, in fact you can spend weeks here and still not see everything.  When you’re limited by time and opt to use public transportation your options are a bit limited.

So with three days to spend in Puglia we choose day trips to towns easily accessible  by train.

Now taking trains in and around Bari is a bit more complicated than say taking trains around Rome.  This is because there are 3 different rail companies that service the area.

They are: the state railway or Ferrovie dello Stato Italiane also known Trenitalia, Ferrovie Sud-Est (FSE) which is part of the Trenitalia network, Ferrotramviaria, and Ferrovie Appulo Lucane.

The state owned Trenitalia connects Bari to all the major Italian cities as well as some smaller towns in the region and its subsidiary  FSE (slow train) connects the city to the southern and south eastern towns.   The Ferrotramviaria connects Bari to its airport and other municipalities to the north.   And lastly Appulo Locane connects it to neighboring regions and towns in the west.  Confusing right?

Well don’t worry I’ll walk you through it!

For our first day trip we elected to go south using the FSE trains.  We left fairly early in the morning and took the FSE train that runs from Bari to Martina Franca passing the interesting towns of Locorotundo, Grotte de Castillana, and Alberobello along the way.  It’s a very slow train making lots of stops.  Once you pass the ugly urban sprawl of Bari you can enjoy the scenery.  Look out for Trulli, those round whitewashed huts with conical roofs, that dot the Apulian country side!

Martina Franca is the second most populated town in the Taranto municipality in the Puglia region of Italy.  Its main products are white wine and olive oil.  It has hosted the Festival della Valle d’Itria, the summer opera season, since 1975.

The walled old town, or centro storico, which is entered thru Porto Santo Stefano, an ornate Baroque gate on one corner of Piazza XX Settembre, is the town’s main attraction.

The town features an awesome mix of extravagant Baroque buildings and simple whitewashed houses.  They line the piazzas and narrow streets that wind thru the old town.

Once you pass thru the beautiful Porto Santo Stefamo gate you’ll find yourself in Piazza Roma.  The main focal points of this piazza is the small triangle of grass surrounding the fountain and the Palazzo Ducale across.

Built in 1668 the  Palazzo Ducale is Martina Franca’s grandest civic building.  It was once home to the dukes who presided over the town during its glory days.  Today it serves as the town hall and houses a library and Martina Franca’s tourist information office.  You can pick up a town map at the TI office or you can opt to just wander thru the town and explore.

Further along the main street leading from Piazza Roma you’ll run into the Basilica di San Martino.  San Martino is the town’s patron saint and the basilica sits at the heart of the centro storico in Piazza Plebiscito.

This ornate church is a magnificent example of Baroque architecture inside and out.   Look out for dangling cherubs and fake marble altars!

Another church worth a look at is the Chiesa di San Domineco.

The town is charming and definitely has a lived in feel.  Don’t be surprised to see laundry hanging from clotheslines and bicycles stored on balconies!

It’s a bit off the beaten path making it an ideal place to wander if you’re looking to get away from the hustle of the larger cities.  Spend an hour or two wandering the town and don’t forget to stop at one of the cafes for some wine and foccacia!

It really didn’t take us long to stroll the narrow streets and marvel at the architecture.  The hour and a half we spent in town was more than enough, we even had time to stop at the Cafe Tripoli for a snack!

To make the most of the day we decided to catch the train back towards Bari and stop at Aberobello.

We had considered a short stop at Locorotundo but decided against it as we didn’t feel like walking up the hill.  The centro storico of Locorotundo is about a 20 minute uphill walk from the train station.

For travelers with more energy than I could muster that day a stop at Locorotundo is definitely doable.  It’s about a 10 minute train ride from Martina Franca when you’re headed in the Bari direction.

Another stop you can make along this route is at Castellana Grotte.  Here you can explore the town’s spectacular caves.

Alberobello is further along the train route, about 10 minutes from the Locorotundo stop.  This little town is best known for its high concentration of Trulli.  In fact the Trulli of Alberobello has been a UNESCO World Heritage Site since 1996.

What you may ask is are Trulli?  Trulli are conical buildings made of local limestone that are scattered throughout the Itria valley.  They are a fine example of Corbelling, a dry stacked (mortarless) construction technique which dates back to pre-historic times.  Alberobello boasts the highest concentration of Trulli in one town.  The Trulli of Alberobello date back from the 14th. Century.  It is said they were constructed to avoid paying high property taxes.   The buildings could quickly be dismantled before the tax assessor came to town.

So really the main attraction of Alberobello are its trulli districts.  Wandering the narrow streets that weave between these cute little buildings makes you feel like you’ve wandered into Smurfville or Hobbit town!  If you truly want a trulli experience rent one for a couple of days, I hear it’s pretty cool!

When you’ve had your fill of Trulli houses and Trulli churches, that’s in about hour  or so, check out the Alberobello Cathedral.  It’s right in front of one of the Trulli zones.

You can grab a table at the cafe about a block down the street and relax with a nice cup of cold Cafe Nocciola.

The cafe has outdoor tables that have a nice view of the cathedral.

After wandering around Alberobello we called it a day and opted to return to our hotel in Bari.  We caught the next train back and were at Bari Centrale just as the local restaurants were opening for dinner.

A perfect way to end such a delightful day!

From Bari to Martina Franca via FSE: 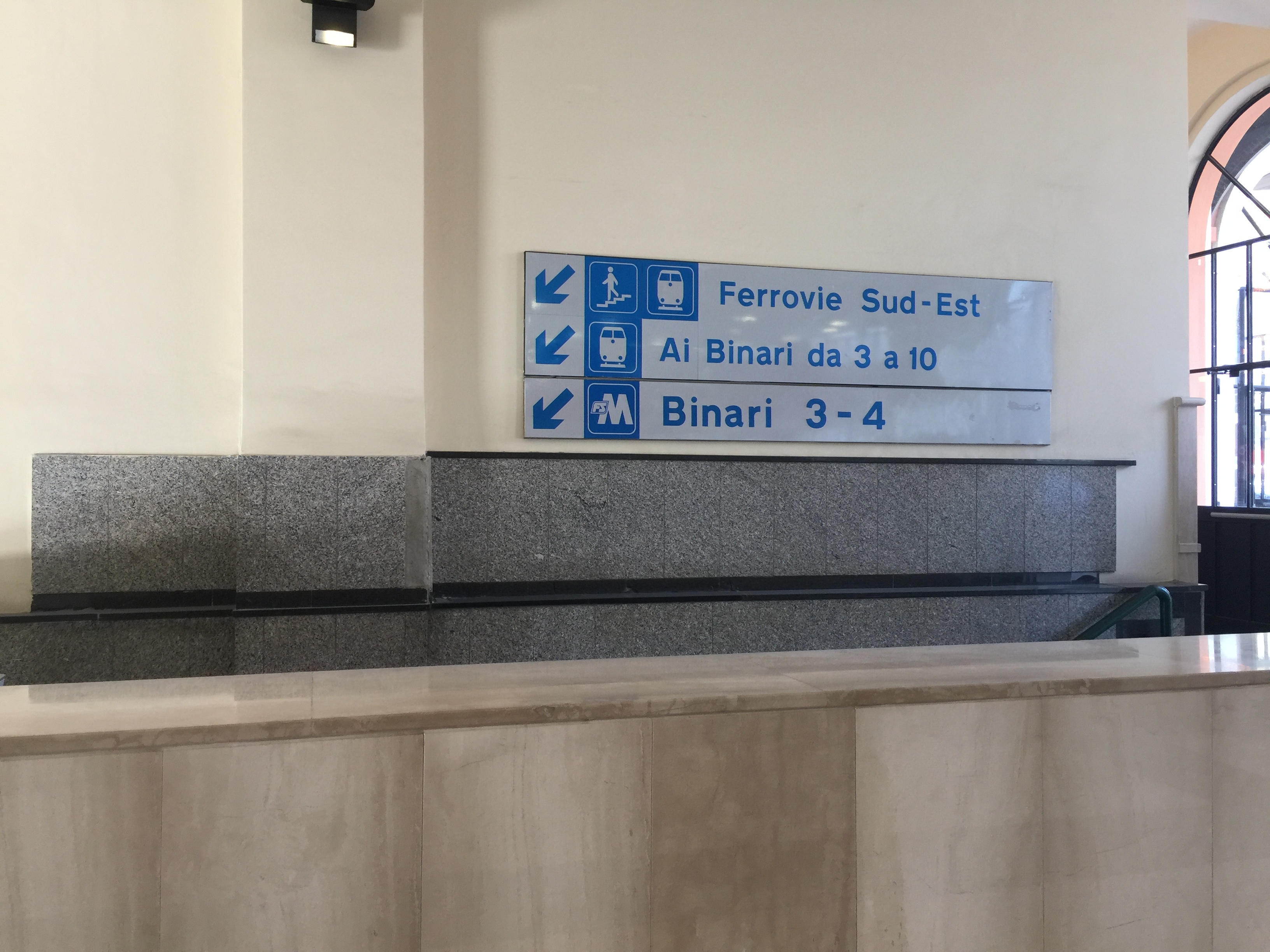 Buy tickets from the ticket office to Martina Franca it cost €5.90 one way.  The best train to take so that you get the most out of your day trip is the 8:22 am.  It arrives in Martina Franca at about 10:20 am.

You can buy a return ticket as well, but if you’re combining the trip with stops at other towns along the route it’s best to buy tickets at each train station on the way back.

From the Martina Franca train station to centro storico:

Walk out of the station and cross the street.  On your left you will see a sidewalk with railings.

Walk up this road, it will curve towards the right.

Go up this short street it will take you to Piazza XX Settembre – that’s a large piazza, you can’t miss it.

Walk thru Piazza XX Settembre (you will turn left to get into this piazza from the short street you were on) on the far side of this piazza you will see the large ornate Porto Santo Stefano.  That’s the gate into the walled old town.

To Alberobello from Martina Franca:

At the train station you can purchase a ticket to Alberobello (or Locorotundo, Castellana Grotte, or other towns on the route) from the machine located in front of the building on the train track side, not the street side.

Ticket price to Alberobello is €1.10 (tickets from one town to the next town are priced about the same).

Catch the train that goes to Bari Centrale.  Get off at the Alberobello stop (it’s the 3rd. stop from Martina Franca).

From the Alberobello train station to the Trulli zone:

Walk up the road that starts in front of the station.  This road will end at the Alberobello Cathedral.  One of the Trulli zones starts directly behind the cathedral.

The other smaller Trulli zone is downhill on the road that will be on your right if you’re facing the cathedral.

Alberobello is a very small town.  You’ll run across trulli pretty much everywhere, they are not all located in the trulli zones.  The zones just have a concentration of trulli and are pedestrian zones.

Ready for a winter getaway?  Let Savvy Nana Travel help you plan your next vacation!  If you can dream it, we can plan it!