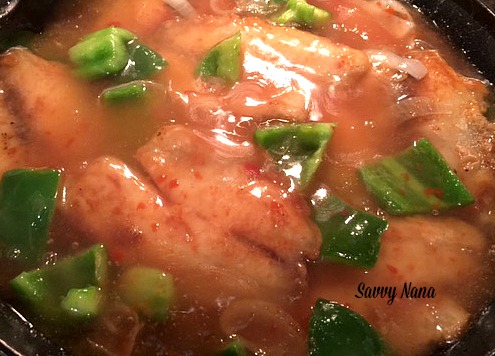 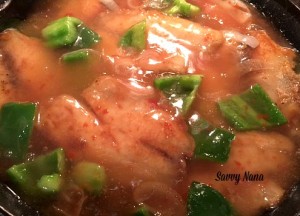 Filipino cuisine is a melting pot of several different types of cuisine, but it is said that 80% of Filipino dishes have been influenced by Spanish cuisine.  The Philippines was a Spanish colony from 1521 to 1898.  Almost 400 years of Spanish rule certainly left its mark, many Filipino specialties are local adaptations of Spanish dishes.

One of our family favorites is Escabeche, or a Sweet & Sour Fish dish.  Escabeche is a common Spanish dish that is popular in Mediterranean and Latin American cuisine.  Typically it refers to a dish of poached or fried fish that has been marinated in an acidic sauce before serving.  It can also composed of other meats including chicken and pork, or vegetables.  The Filipino version of Fish Escabeche is fried fish in a Sweet & Sour sauce.  It is a favorite Filipino party food, specially when it’s made with a whole fish that’s artfully arranged on a platter and topped with colorful veggies and sauce.

I’ve made it the traditional way using whole fish, but my grandsons have difficulty with the small fish bones.  To make it easier for them to eat I have started making Escabeche using fish fillets than have no bones.  Any kind of white fish will work.  We have used Tilapia, Flounder, Orange Roughy, and other white fish we find in the market.

Like many Filipino dishes Escabeche isn’t difficult to make, but it is “fussy” meaning its preparation requires several steps; in this case dredging, frying, chopping, and making the sauce.  It takes about an hour or so tho cook so it’s not something I make very often, but when I do my family loves it!

Mix flour and spices in a shallow bowl

Place egg in another shallow bowl

Fry in hot oil until both sides are cooked

Remove from pan and place on paper towel to drain oil

Repeat with the rest of the fish

Dissolve cornstarch in 1/2 cup water and set aside

Place sugar, vinegar, water, and ketchup in a medium pot and bring to boil

Stir in garlic, peppers, and onions

Make sure cornstarch solution is still dissolved, if not stir until it is

Slowly stir in cornstarch solution until you get desired thickness.  Sauce should be the consistency of gravy.

Place fish fillets on serving dish and pour sauce over it

Serve right away.  It goes great with steamed white rice. 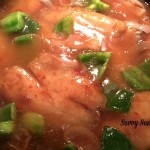 The most efficient way to make this dish is to start making the sauce while the fish is frying.   Keep the sauce simmering over low heat while you finish sauteing the veggies. Stir the sauce periodically to keep a skin from forming on the top.
When you drain the fried fish and set it aside keep it warm by placing it in a warmer or on the stove top. Don't cover the fried fish, it will get soggy.
When you replace the fish in the pan gently stir it so that the fillets warm up a bit. Transfer fish and veggies on to your serving dish (or you can keep it in the frying pan) and pour the hot sauce over all.
This dish is perfect served with steamed white rice. 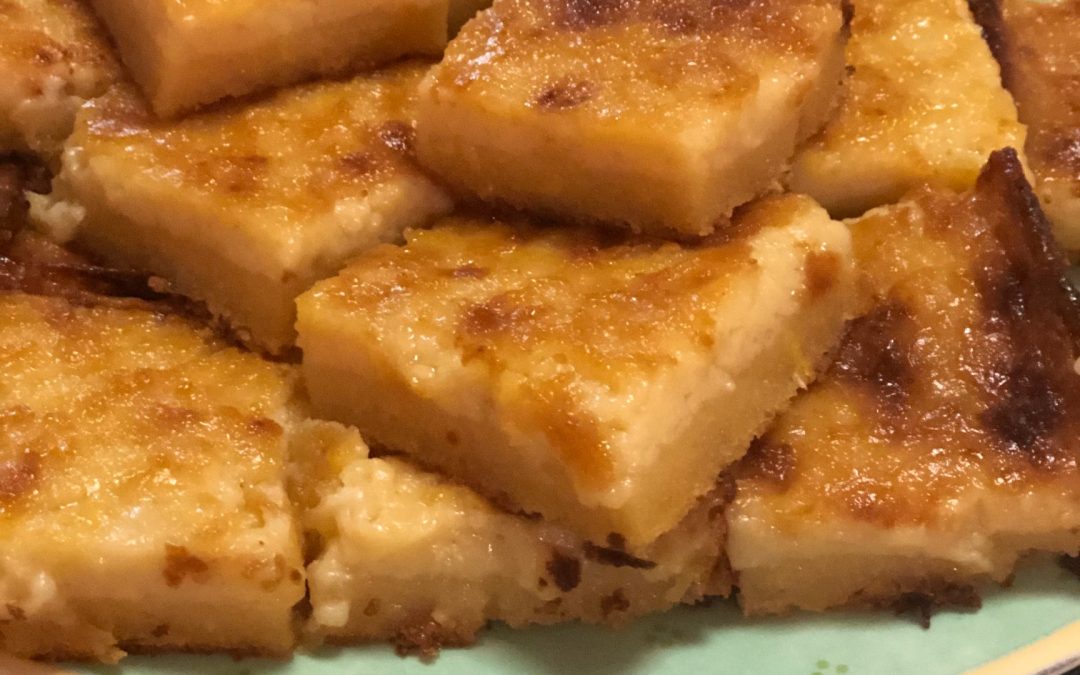 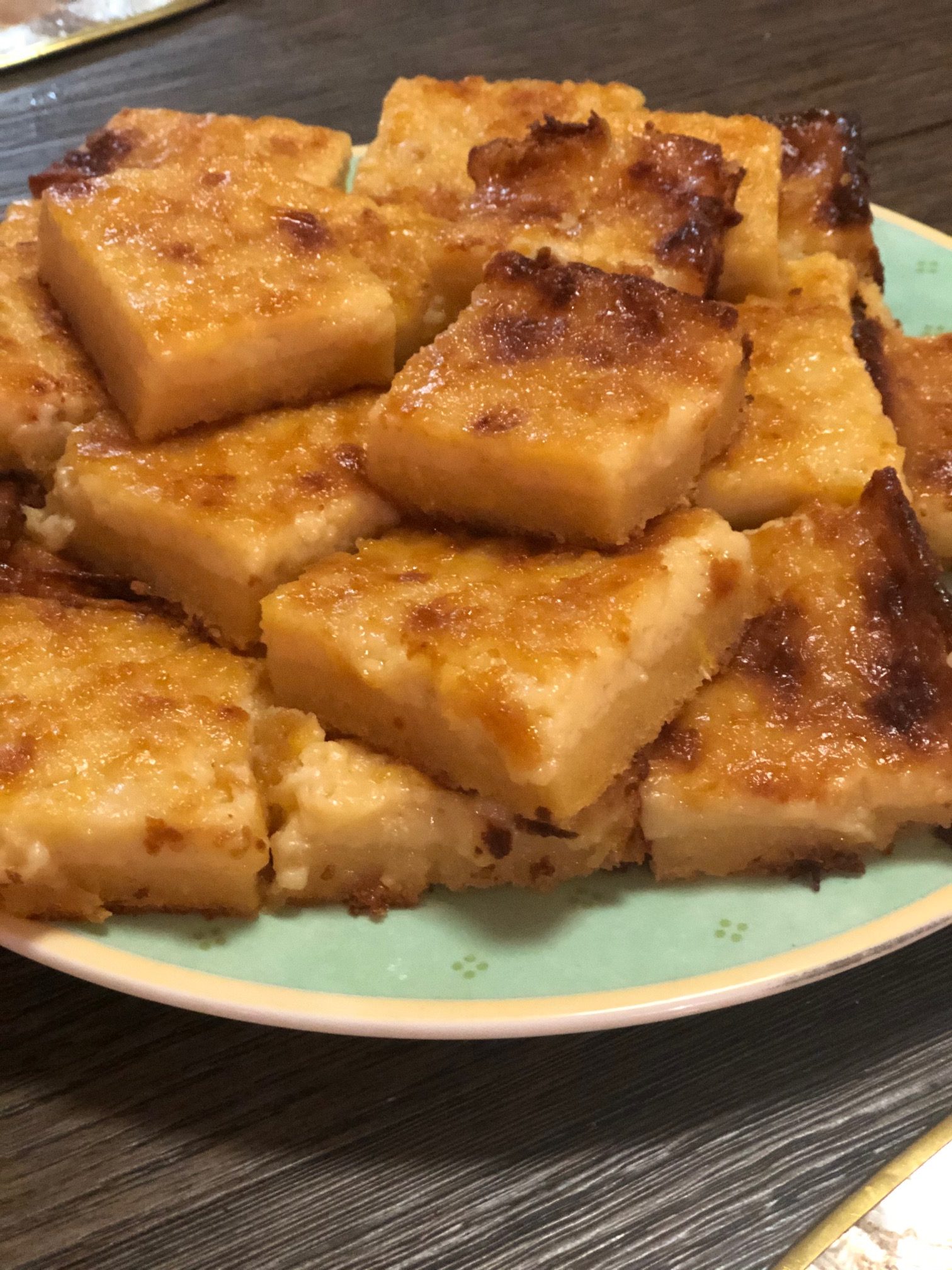 My all time favorite Filipino dessert is Cassava Cake.  What you may ask is Cassava Cake?  It’s a sticky dessert made from the Cassava (Manihot esculenta) a starchy tuberous root widely cultivated in the tropical and sub-tropical regions of the world.  It is a staple in the developing world.  When it’s dried its to a powdery or pearly extract we call it tapioca!

In the Philippines cassava is grated and used as the main ingredient for desserts including Suman, a sticky dessert wrapped in banana leaves.  I like that too, but my favorite is Cassava Cake the way my grandma used to make.  This so called cake isn’t really a cake, at least not in consistency.  It is not “cakey” or “spongy” at all, instead is has a sticky consistency similar to “mochi”.

I’ve had several versions of Cassava Cake, made by different friends hailing from other provinces of the Philippines. From what I have observed it seems that different regions prepare it differently.  I like our version the best, the bottom part has that same sticky consistency, but it has an almost custardy top layer.  My version is also pretty sweet, just perfect for my sweet tooth.    I do have to say that Cassava Cake may be an acquired taste, some folks love it and others can’t stand it. 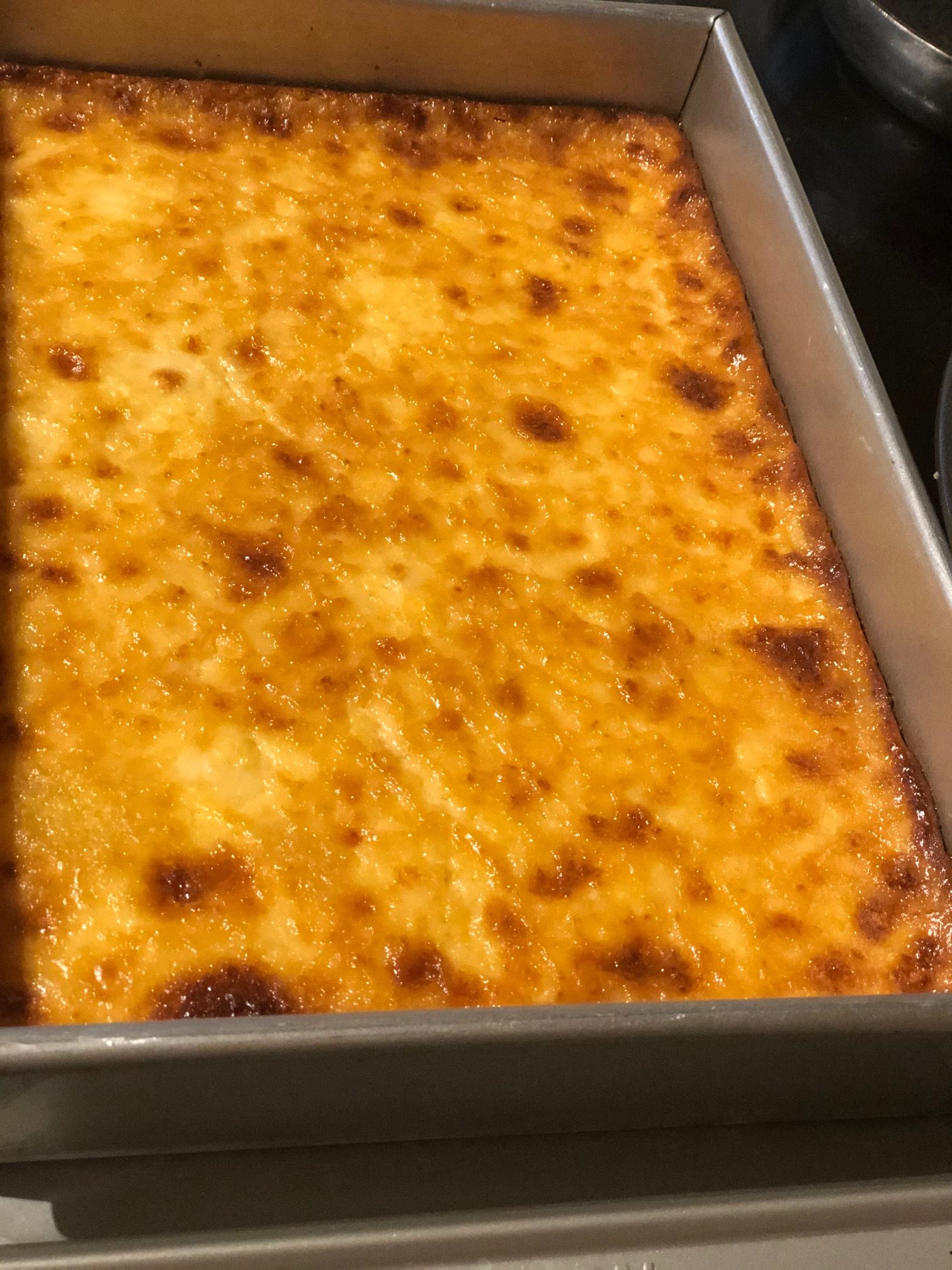 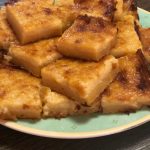 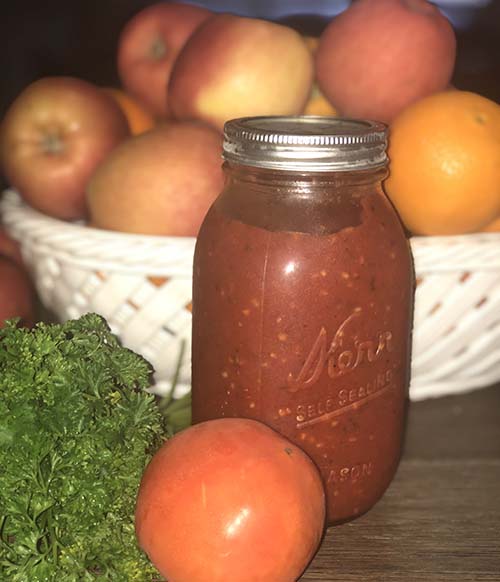 Are you a fan of hearty Italian cooking? Do you love pizza and pasta? Well we’re big fans of Italian cuisine and pizza and pasta are our favorites, specially those with marinara sauce!

Sure we have our favorite Italian restaurants both here and abroad. But nothing beats home cooking! And a bowl of spaghetti is comfort food at its best.

Pastas and pizza have 2 basic ingredients; dough in the form of noodles or crust, and sauce. So making it at home should be easy, specially since you can buy pasta, crust, and sauces dried, frozen, or bottled from any grocery store. But why settle for boxed sauces (or pasta or crust) when making it from scratch is so simple?

Ok maybe making pizza dough is a bit time consuming and so is making pasta, but the sauces, well that’s pretty easy! (If you want to make homemade pasta check out my review of the Philips Pasta Machine). Marinara

One of the easiest and most versatile sauces is Marinara Sauce. You can use it for pasta, think spaghetti marinara; pizza, think Margherita; sandwiches, think meatball subs; and as a dip, think fried mozzarella sticks!

So today I’ll share my Basic Marinara Sauce Recipe. Believe me it’s super easy!
I use canned Fire Roasted diced tomatoes to give it that homemade taste. Sugar cuts the acidity of all those diced tomatoes so don’t leave it out even if you think it’s weird. And lastly I add some spice with crushed red peppers, yes, the the stuff you sprinkle on your pizza; you can add the tablespoon or more if you like spicy or omit it if you don’t. 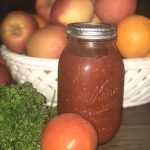 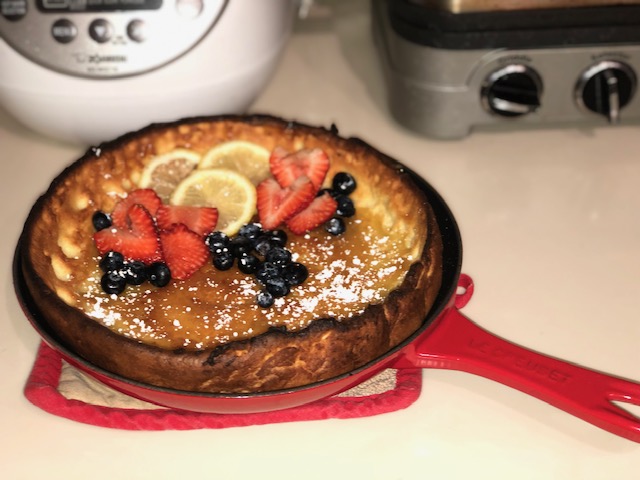 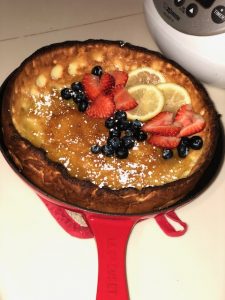 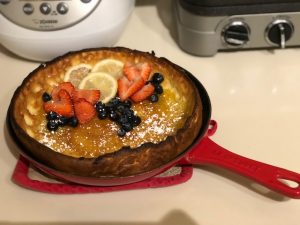 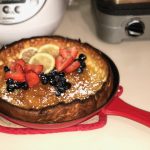 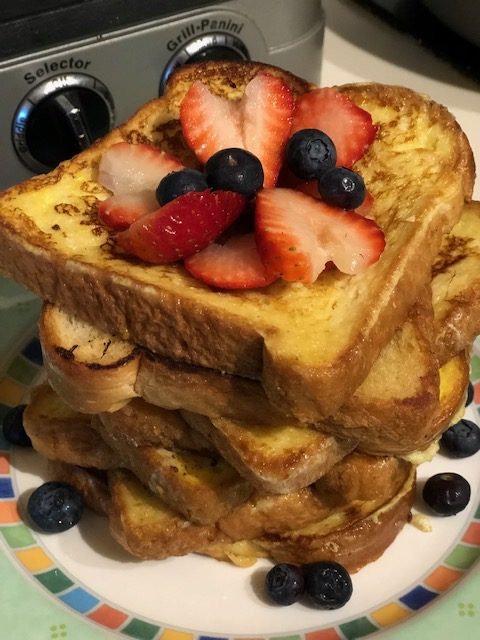 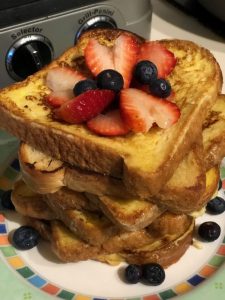 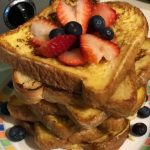