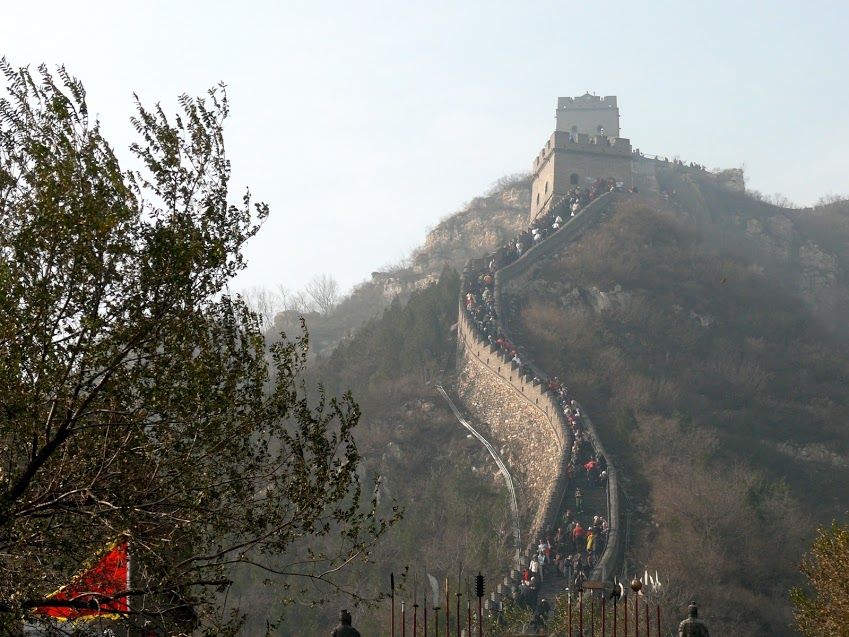 Are you looking for an exotic destination for next year’s vacation?  Do you feel like stepping out of your comfort zone and trying something different?  Have you considered a trip to Beijing?

That’s right, I said Beijing, China!  Beijing is an amazing city.  It’s China’s massive capital that has history going back three millennia.  It’s known for its modern and ancient architecture, as well as its culture and history, cuisine, and of course shopping!

I know a trip to Beijing may require stepping outside the box.  It’s not Italy, Greece, or even Thailand.  It is in China after all, and many of us have some interesting notions about THAT country.  Well let me tell you, whatever you thought or imagined about China, Beijing in particular, probably does the country and the city an injustice.  I know we were a bit hesitant on our first trip over, but after that trip we came home with a whole different outlook.

China in general is a beautiful country and its citizens wonderful people.  The people are warm, courteous, and friendly, although they’re not very good at standing in a que and tend to get a bit pushy; it’s probably the result of living with billions of other citizens all struggling to get on with their daily routine in a city that always seems to be bustling with crowds.

So if you’re ready for something a bit more exotic consider a vacation in Beijing.  Here are 5 Must See Attractions in and around the city that you should not miss on your first trip.  I say first trip because I can almost be sure you’ll want to return time and again!

Ok, let’s get this out of the way.  YOU CAN NOT GO TO CHINA WITHOUT SEEING THE GREAT WALL!

Seriously, it’s arguably the first thing most folks picture when you say you’re going to China.

The Great Wall whose construction began 2000 years ago and lasted 1000 years extends 4000 miles.  Clearly you can’t see it all from Beijing.  There are several sections of the wall around Beijing, some restored, others rugged, meaning they’ve pretty much fallen apart.  The most famous sections to visit are Mutianyu, Jinshanling, Juyong Pass Fortress, Badaling, and Jiankou.

These sections are located about 40 to 90 miles away from Beijing’s city center.  You can get to them on public transportation, private car, or on a tour.  It makes for a good day trip![spacer height=”-20px”]

Forbbiden City, also known as the Palace Museum, is in the city center of Beijing.  It once served as the imperial palace for 24 emperors during the Ming and Qing Dynasties (1368-1911) .  Construction began during the reign of Emperor Chengzu in the Ming Dynasty and lasted 14 years.

It covers 74 hectares making it the largest palace complex in the world.  It is surrounded by a 52-meter-wide moat and a 10-meter-high wall, and has 8700 rooms.  Because it was the seat of power for 5 centuries the Palace Museum is home to many rare treasures and curiosities.

Having said that I doubt you’ll want to visit every room, but do spend some time checking out the major palaces along the central axis.

Located in the center of the city, just north of the Forbidden City, is this huge square measures 440,000 square meters and can hold up to a million people for public celebrations and gatherings.

The square holds the Monument of the National Heroes, the Great Hall of the People, the National Museum of China and the Mausoleum of Mao Zedong.

If you’re an early bird you can join the crowds of people at the square for the raising of China’s national flag.  The flag is raised in 3 minute ceremony conducted by uniformed troops and includes the singing of the national anthem and the flag slowly being raised to coincide with the exact time of the sunrise.

Wangfujing Street is within walking distance from Tian’anmen Square.  It is the most famous shopping street in Beijing.

Most of the street is pedestrianised so at least you don’t have to weave between Beijing traffic, but you do have to weave in between the hoards of people that flock to this street daily.  The street is visited by 600,000 tourists and locals everyday; double that on holidays!

Here you’ll find just about everything from local handicrafts and souvenirs to trendy designer boutiques.  Many of the souvenir shops are located on the street level, but do go into one of the malls along the street.  It’s an experience in itself!

Try to visit this street at night when the neon lights are lit up and the Night Market is in full swing.  The festive Wanfujing Night Market is a local favorite with brightly lit stalls selling some very interesting snacks.  Try one if you dare!

It’s controversial, I know, but I love zoos!  And Beijing Zoo is a must see if you want to see pandas in Beijing.

The zoo is home to some 45o species of animals from around the world with an animal population of about 5000.  It has 16 different exhibition areas and halls.  The most popular of course is the Panda Hall where you can see these gentle giants in their own environment.

To be honest I only went to the Beijing Zoo to see the Pandas, so I really can’t say much about the rest of the exhibits.  This zoo probably is not on par with the Cheyenne Mountain Zoo in Colorado Springs, but the Panda exhibit was nice.

Ready to plan a vacation in China?  Call Savvy Nana Travel!  We specialize in custom itineraries for couples, families, and groups.