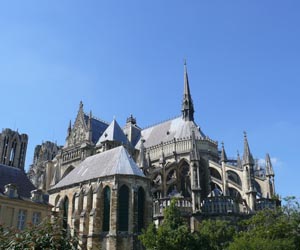 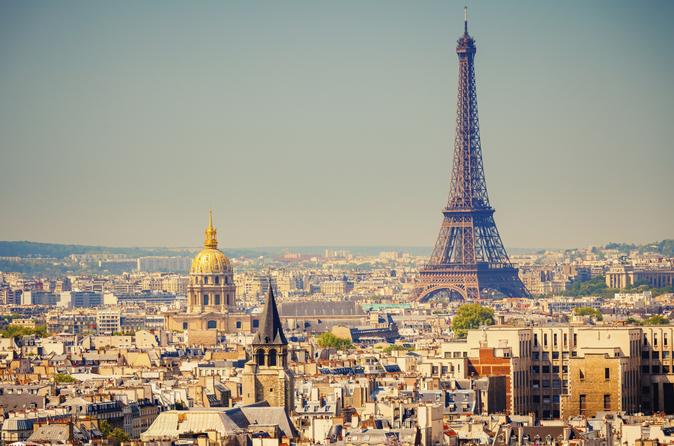 There’s no doubt Paris is a gorgeous city with lots of sites to see and many things to do.  You could spend weeks and months wandering the city’s lovely streets and still not see it all.  But there’s lots to see and do outside of the city, so if you have extra time or just want to get away from the city for a few hours you might  consider some day trips from Paris.

You don’t have to wander far, there are several places you can explore just an hour or so away.  Here are 5 day trips from Paris that might help you plan your next vacation.  If you can’t find the time for all of them that’s okay, it might just inspire you to return to![spacer height=”20px” id=”2″]

1. Chateau de Versailles  and its gardens are one of the most popular attractions outside Paris is located in the wealthy suburb of Versailles.  This UNESCO World Heritage Site is about an hour away.  It’s very accessible by train, coach, or private car.

Built by Louis XIV, the Sun King, in the later part of the 19th. century Versailles was once the seat of political power in France.  It’s a beautiful palace which many of us associate with Marie Antoinette one of the palace’s most notable residents.  Versailles has definitely played it’s part in French and world history.   It was in its Hall of Mirrors that the Treaty of Versailles was signed and effectively ended World War I between German and allied forces.  Today it’s a major tourist destination.  It houses a museum of French history and art exhibits.  It is also used in modern political functions, most recently Persident Hollande’s speech given there to a rare joint session of Parliament shortly after the 2015 Paris attacks.  Learn more about Versailles here!

The Chateau which once belonged to the kings of France along with its surrounding forest is a favorite weekend get-away for many Parisians.

Today the Chateau is open to the public and is home to 4 museums with a great collection of art masterpieces.  It is listed in the UNESCO World Heritage Sites.

It’s also the launching point for France Montgolfiere a hot air balloon company.  It’s one of the best ways to experience this part of the country!  Learn more about Fontainebleau and hot air ballooning here!

3.  Chateau de Chenonceau is a bit further afield.  It’s about a 3 hour drive or 2 hour train ride away from the capital.  Arguably the most visited of the Loire Valley Chateaux and the second most visited chateaux in France,  Chenonceau is a beautiful palace.  Spanning the Cher River this palace was once home to Cathrine de Medici the Queen of France when she married Henry II.

This Chateau built in the early 16th. century played many roles through out history.  It was here that Mary Queen of Scots married Cathrine de Medici’s son Francis II.

It is also France Montgolfiere’s launching point for their Loire Valley balloon rides.

4.  Chartres the capital city  of Eure-et-Loire department of France is located 96 kms from Paris.  It is known for its cathedrals, most notably the Cathédrale Notre Dame de Chartres a UNESCO World Heritage site.

This Cathedral is famous for its stained glass windows whose blue color is unique and called “bleu de Chartres.  It is not known how this particular colored glass was created but it has not been replicated to date.

The Cathedral offers tours of the church itself as well as its crypts.  It’s definitely worth a visit.

There are other notable churches and museums in this city, as well as its markets.  Chartres is a major market town of the Beauce region of France  which is also known as the “granary of France.”

It’s a delightful town that is easily reached by train.  There are frequent trains between Chartres and Paris Montparnasse station.  The train ride takes about 1 hour to 1 hour 15 minutes depending on the train.  Round trip tickets cost about €30 per person. [spacer height=”20px” id=”2″]

5.  Reims  is the main city  of the  Alsace-Champagne-Ardenne-Lorraine region of France is 129 kms from Paris.

Founded by Gauls 2000 years ago Reims was a very important city of the Roman Empire.  It played a major role in imperial French history where for over 1000 years most of France’s kings were crowned there.  Today Reims is the center of the champagne industry.

There are many things to see and do in Reims.  Its most famous attraction is the Gothic style Cathédrale Notre Dame de Reims.  It is the seat of the Archdiocese of Reims and where the French kings were crowned.  It’s a beautiful cathedral complete with flying buttresses, vaulted naves, towers, and stained glass windows.  Tours of the cathedral are available, you can buy the tickets from the Palais du Tau entrance store across the street.

The Basilique Saint-Remi was the church of the Abbey of Saint-Remi.  It has housed the relics of Saint Remi the Bishop of Reims since 1099. The cathedral, palace, and abbey are all listed as UNESCO World Heritage Sites.

As I mentioned earlier Reims is the center of the champagne industry.  The city is surrounded by vineyards and chalk caves both integral components in the making of this sparkling wine.  Did you know that only sparkling wine made in the Champagne region of France using only specific grapes grown there can be called Champagne?  Yes it’s true, sparkling wines made in other regions can not bear the Champagne designation, they must be labeled as Sparkling Wine!

Having said this it’s safe to assume that the city is home to many of the famous Champagne Houses.  You’d be right of course.  The city and surrounding area is home to Veuve Cliquot, Martel, Mumm, Taittinger to name a few.  Many of them are open to the public and have guided tours and tastings.

We went to Taittinger which is located in the heart of the city.  It was a fascinating tour!  The tour goes thru the 4th. century chalk mines which serve as their cellars.  Their mines by the way are  listed as a UNESCO World Heritage Site.

On the tour you will learn how champagne in made.  Very intersting.  The best part of the tour is the champagne tasting!

Tour prices start at €17 per person depending on the how many types of champagne you want to taste.

In my opinion definitely worth the price of admission.  The bubbly were lovely!

Other sights in Reims include museums, churches, and squares.  It’s a lively town with many shops, markets, cafes, and restaurants.

Reims is easily accessible by train, car, or coach from Paris.  You can book day tours from many local companies if you don’t want to venture out on your own.  To get to Reims from Paris from the Gare de l’Est station.  Trains leave every 40 minutes from 6:30 am to 10:30 pm. The train ride is 40 minutes to 1 1/2 hours depending on the train you take.   A round trip ticket cost €30 per person.

Depending on your destination sometimes buying point to point tickets are less expensive.  But the major advantage of passes in my opinion is convenience.  You don’t have to buy train tickets each time you want to go somewhere, just hop on a train and show the conductor your pass and ID.  You also won’t have to validate your pass each time you hop a train as you would have to do with point to point tickets.  Validating tickets isn’t a big deal, just one more thing to remember to do.  If your ticket isn’t validated you could find yourself paying a hefty fine.